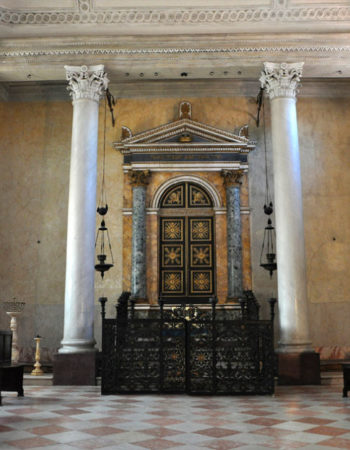 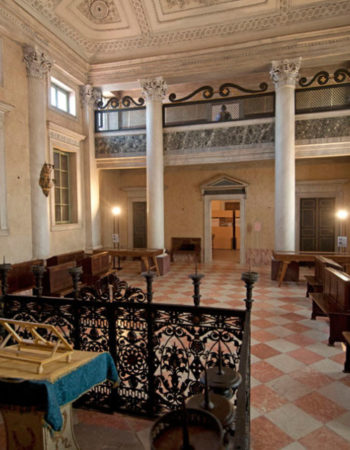 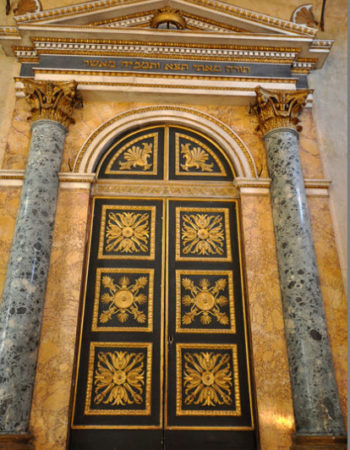 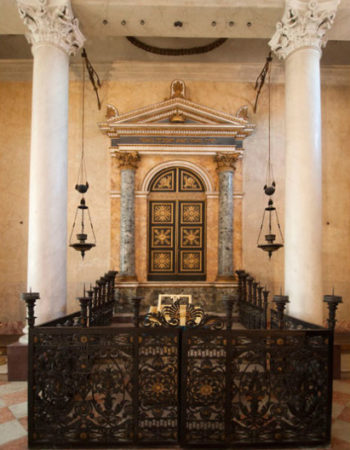 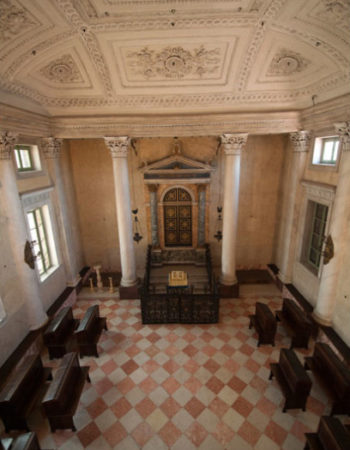 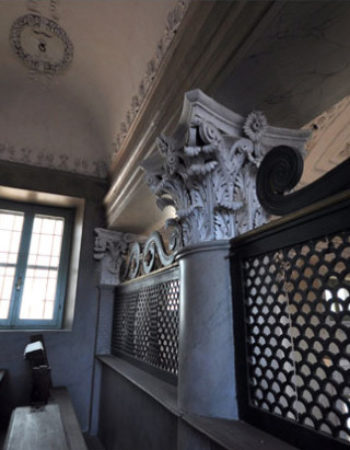 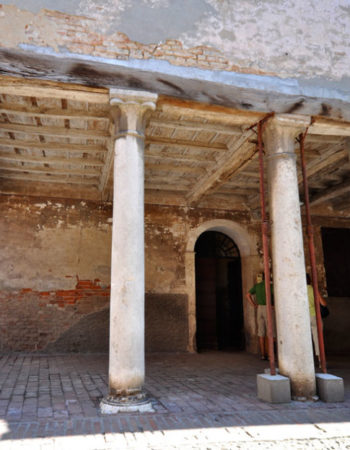 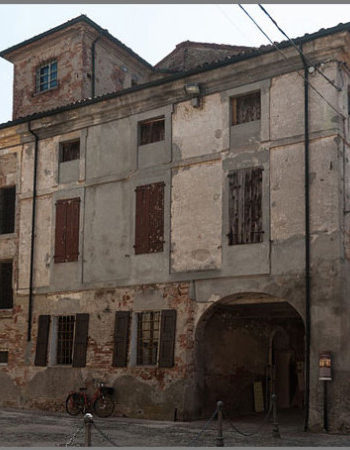 Although it depended on its “privileges” being constantly renewed, the small Jewish community of Sabbioneta lived mostly in conditions of tolerance and protection, firstly under the Gonzagas and later under the Austrian government, neither of which imposed the ghetto.

The community is documented from the year 1436, when a pawnshop opened, and it was mainly employed in commerce. In the 1550s and ‘60s, a significant typographic industry flourished, first started by Tobia Foà. As equal rights were gradually achieved in the course of the nineteenth century, many Jews became members of the upper classes, and succeeded in filling important public positions. In this period, the old seventeenth-century synagogue underwent major renovation, which was completed in 1824 by the architect Visioli (who would design the never-completed Viadana synagogue several years later). The main hall occupies a double-height room concealed in the middle of the city block, in compliance with regulations which limited its visibility from the outside.

The neo-classical interior is cadenced with columns and trabeated square pilasters, upon which rests the light-filled pavilion vault with stuccowork, made in 1840 by Swiss-Italian Pietro Bolla. At the end of the hall is the aron hakodesh, an imposing brick portal with bright polychrome surfaces plastered using the scagliola technique. Before it, a wrought iron gate encloses the space of the tevah, which consists of a simple lectern. The public seating is arranged in parallel to the longer walls, facing the centre of the room; the matroneum is above the entrance, screened off by a wooden grille.