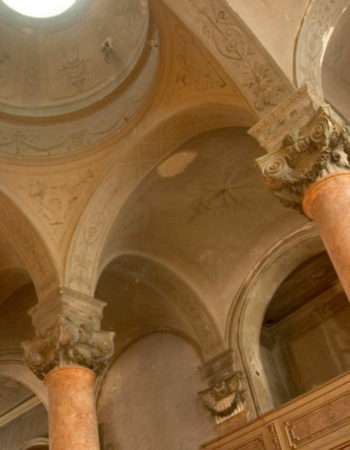 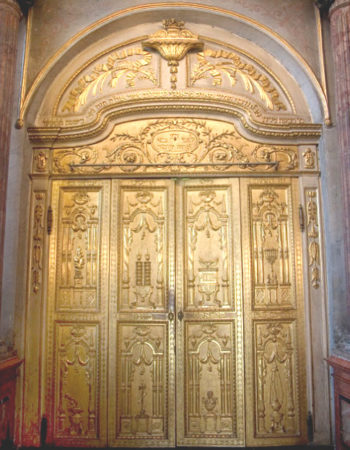 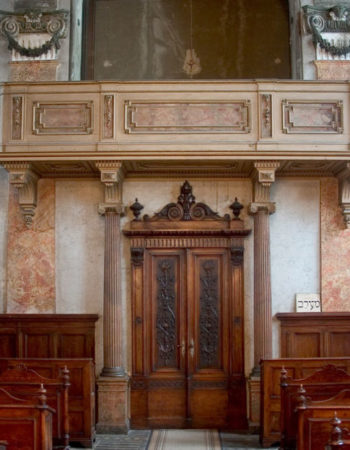 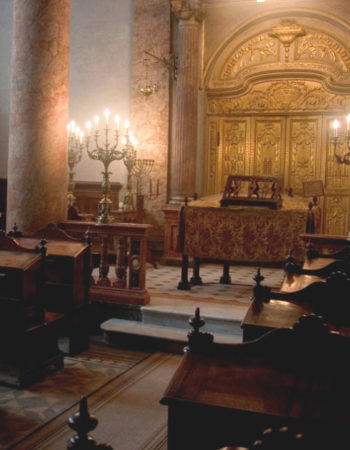 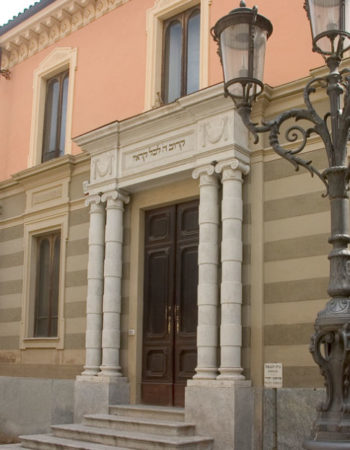 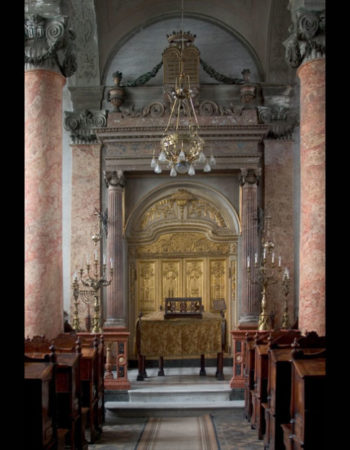 The synagogue of Asti, which has undergone repeated renovations and extensions, stands on the same site where it was originally built in the 17th Century before the ghetto was established.

The large, well-lit building of classical inspiration was erected on the site of the original synagogue in the 1830s. At the centre, four columns in false marble with round arches divide the room into nine sections with ribbed vaults. Over the central part is a dome with a lantern that previously shed light on the tevah, which was placed in the middle of the four columns. This particular architectural layout, which was unique in Italy but common to other 18th-Century synagogues in central Europe, is still today the heart of the building. The present-day layout, however, was established during the renovation works carried out in 1889, which were financed by brothers Jacob and Leonetto Ottolenghi to give prestige and visibility to the Community institution in the new climate of social equality introduced by the Emancipation. It was during these works, in fact, that the elegant facade was created, as well as the open space in front, the result of the demolition of the constructions facing Via Ottolenghi that once obscured the building. A large side wing was also built to accommodate a more spacious gallery. The tevah was removed from the central position it typically occupied in the synagogues of Piedmont and placed on the aron, enclosed in a marble balustrade, imitating the Catholic liturgical space. It was replaced by new benches for the congregation, which were originally placed against the wall around the perimeter of the hall.

Lastly, the precious aron, in carved wood dating back to 1809 decorated with eight panels with the furnishings of the Tabernacle, is attributed to the workshop of the Asti-born cabinet maker Bonzanigo. An inscription commemorates Rebecca Ghiron for her donation of the gilded doors in 1816.

Via Ottolenghi, 8
Entrance with steps.