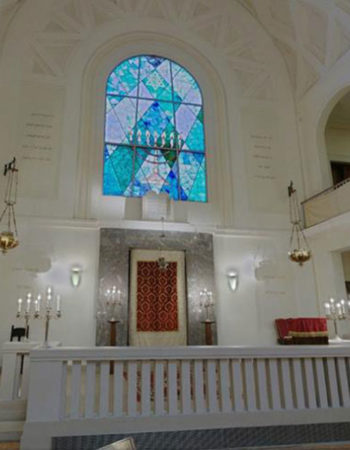 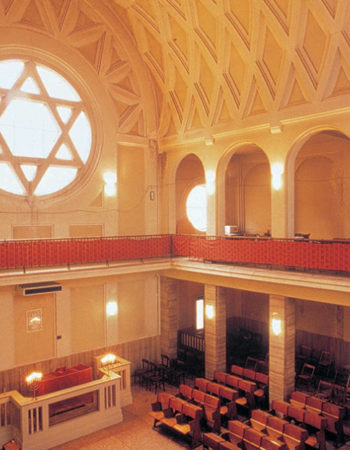 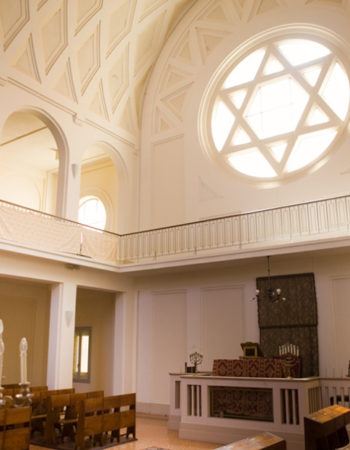 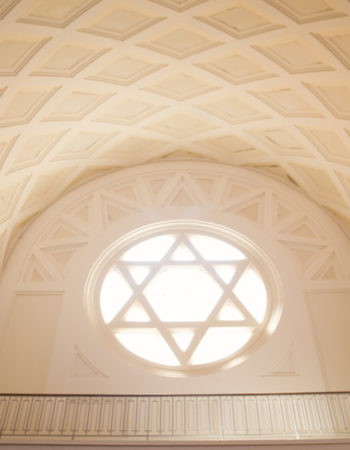 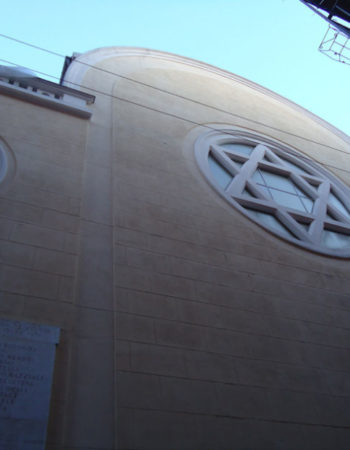 The synagogues of Bologna

The synagogue building of Bologna was bombed in 1943, rebuilt after the war and completed in 1954.

Jews had been allowed to return to the city with Napoleon’s conquest. For several years, they used small oratories, mostly in private residences. When the opportunity arose, the community bought the building in Via Gombruti 19 (number 9 according to the current numbering) and appointed engineer Guido Lisi to build a synagogue, that was inaugurated in 1877.

In the early 20th century, the community decided to further expand and enrich the temple, and appointed the renowned architect Attilio Muggia. He designed a hall with a similar layout to the previous one, with a ceiling with cloister vault with a skylight, and with Art Nouveau-style decorations on the walls. The new temple was inaugurated in 1928.

The main façade and entrance face Via Finzi. The hall is covered by a large barrel vaulted ceiling; running the length on either side there are two ambulatories of the ground floor and the loggias of the women’s gallery on the upper level. Originally, the tevah was placed within the balustrade of the aron and the benches were aligned in parallel rows facing it. Today, the tevah has been relocated to the wall opposite the aron and the benches are positioned looking to the central space.

In 2017 the Beth Yedidiah, a new synagogue hall dedicated to Renzo Yedidiah Soliani was inaugurated in the complex. Soliani had been both the president of the Community of Bologna and a cantor of the Synagogue. Built in the foundations of the main temple, the new space is an excellence in the Italian synagogue architectural and artistic landscape. The hall is covered by evocative ribbed brick vaults. Beneath the glass floor, you can admire the remains of a Roman house or domus (1st-2nd century) discovered during the restoration of the Community building.

The synagogues of Bologna WATCH THE VIRTUAL TOUR