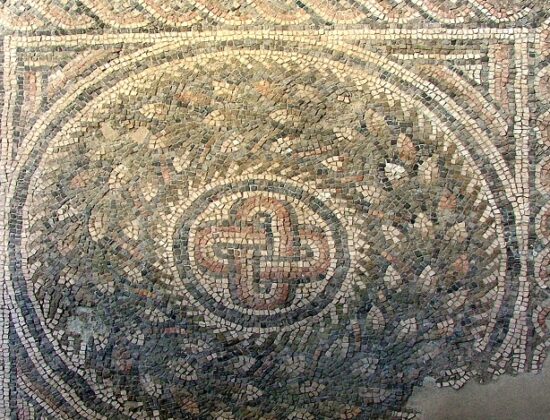 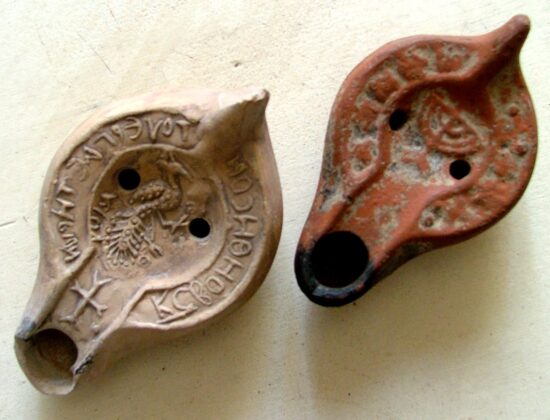 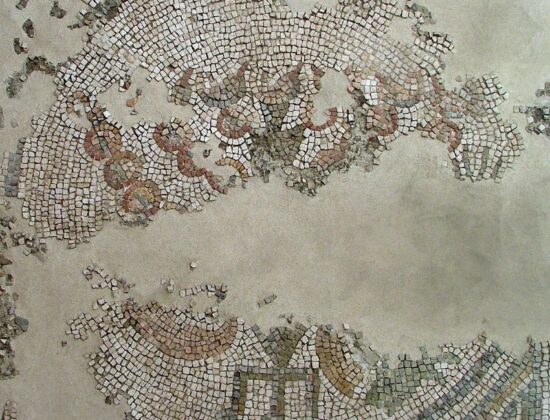 The discovery in 1983 of the remains of a synagogue complex in Bova Marina proved a turning point in research into the Jewish presence in Calabria. Indeed, having been dated to between the 4th and 5th centuries A.D. it, along with various relics from nearby towns, is among the oldest pieces of reliable evidence which would suggest that the first stable Jewish settlements flourished, or were actually formed, in this period.

The complex is made up of rooms intended for various community functions; the prayer hall has been identified at its centre. It featured a richly-decorated mosaic floor with geometric and plant motifs, divided into squared sections in which cross designs and Solomon’s knot can be made out. In the central medallion, researchers have identified the partial effigy of a menorah surrounded by a lulav, a citron fruit and a shofar. At a later date, possibly in the 5th century, the hall underwent renovation work, during which an apse was added for permanently storing the Torah scrolls; a new, more modest mosaic floor featuring different workmanship was laid in front of it. Seals with menorah, fragments of glass oil lamps (perhaps placed on top of a menorah used in the synagogue) and the flooring itself have now been transferred to the museum attached to the archaeological park.

The two burial grounds discovered in the immediate vicinity probably date from when the Bova Marina area was abandoned and the complex was destroyed, in around the 6th century. Regular evidence of Jewish communities in the region surfaced again several centuries later. It suggests that there was a substantial, widespread Jewish presence, which is partially commemorated in the streets names of local towns. These groups were for the most part integrated into society and into local economic life; they ran major manufacturing and commercial businesses, as well as being occupied in Hebrew studies and medicine. When Aragon rule came to an end, and the region was taken over by the Catholic sovereigns of Spain, the Jews were expelled (or forced to convert), first in 1510 and then definitively in 1541.

The study centre contains an exhibition with panels and a video on Jewish local history.