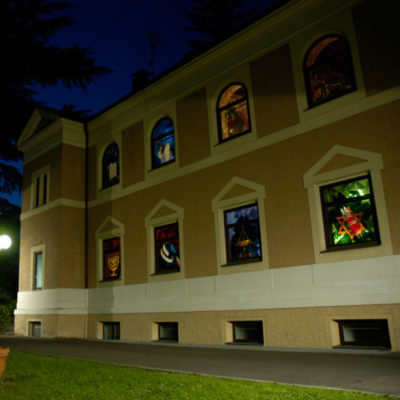 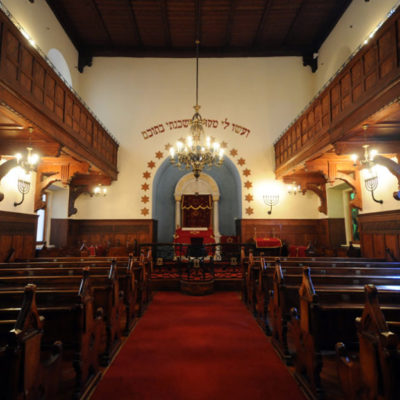 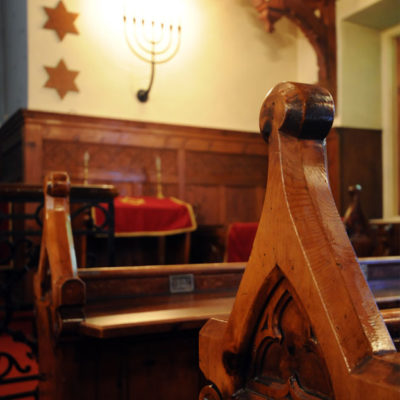 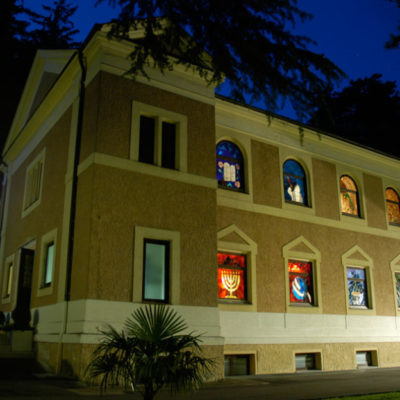 Documented evidence shows that the Jews were present in Tyrol as far back as the 13th Century, and a Jewish settlement was concentrated in Merano especially from the 1830s onwards. It was originally a separate section of the Community of Hohenems, an Austrian town on the border with Switzerland which was affected by the economic crisis of the period that had prompted many Jews to move elsewhere. Many came to Merano attracted by the professional opportunities that the health resort offered. These were mostly doctors and entrepreneurs engaged in the organisation of sanatoriums and facilities for health tourism, for which Merano was renowned. In addition to the residential community there were also increasing numbers of visiting Jews, for whom kosher accommodation and community services were provided. To this effect substantial support came from the Koenigswarter Foundation, which financed the construction of a sanatorium for indigent Jews, the expansion of the cemetery and the construction of the synagogue – a priority for the now large and well-established Community. The synagogue, designed by the Musch & Lun Bureau and completed in 1901, stands in the middle of a lush garden of trees. In the longitudinal-plan interior the is situated in front of the aron, with  elegant wrought iron railings separating them from the central area which has benches for the public arranged in parallel rows facing the aron. In the refurbishing works carried out in 1985 the windows were adorned with stained glass decorations depicting Jewish symbols, the work of Adele Friedenthal.