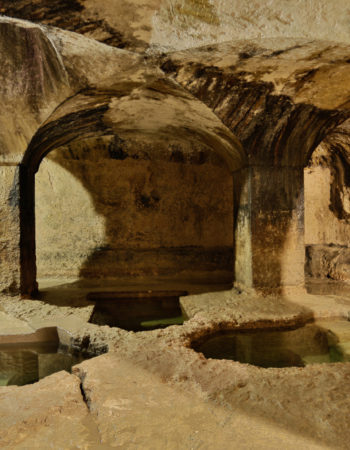 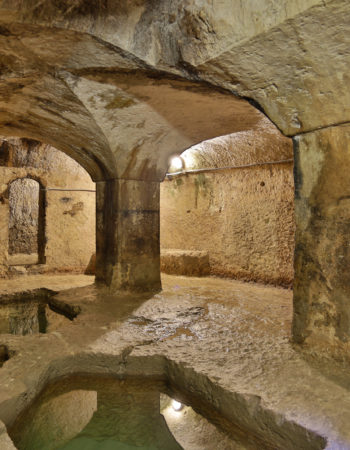 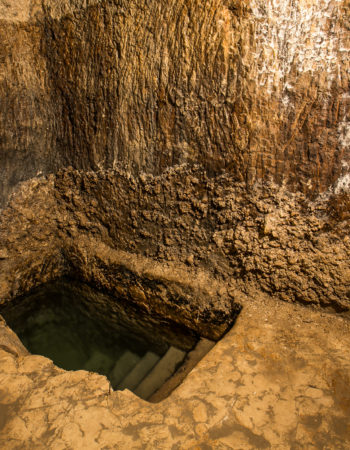 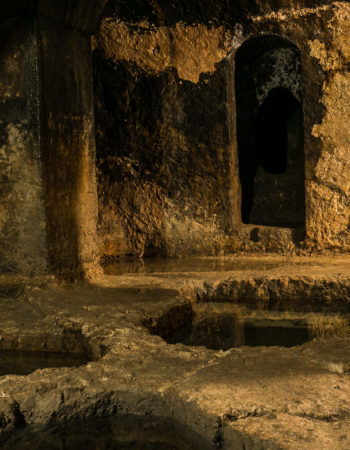 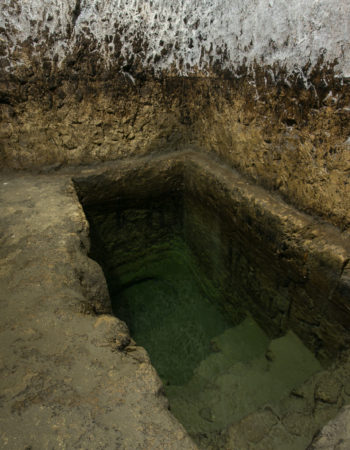 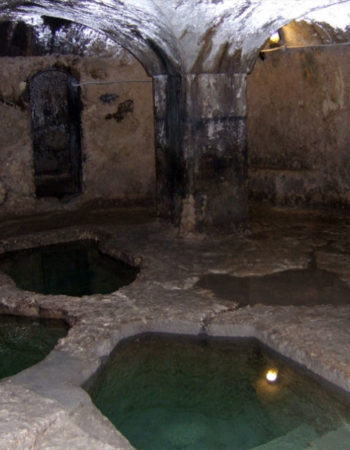 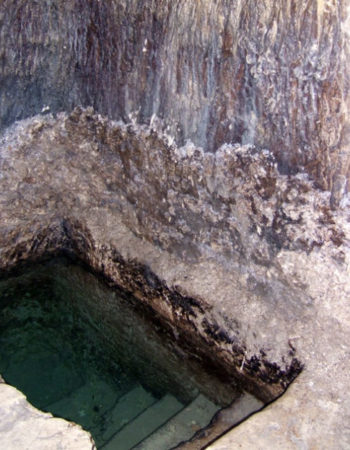 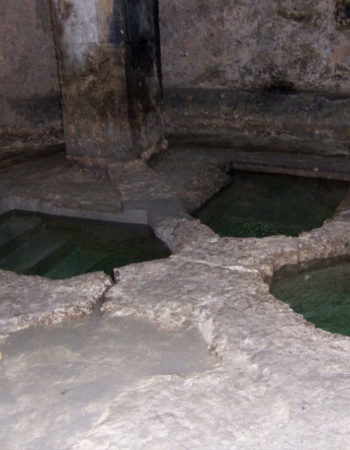 The mikveh at Casa Bianca came to light in 1989 during renovation of the building. A 58-step stairway dug into the rock itself, thought to date from the Byzantine era, leads to an underground room. Here, sturdy rock pillars support a cross-vault, interrupted in only one place by an air shaft which housed the old staircase, as usual in the Greek aqueducts. All around a bench dug into the rock. The bath consists of five separate pools, each 140 cm deep, three of which are in a trefoil layout in the central section, with two side pools in private rooms. The water table was known in ancient times thanks to two Greek wells in the area. However, the pools beneath Casa Bianca do not draw water from those wells as each of them fills from the water table flowing two meters above sea level, through cracks in the rock.