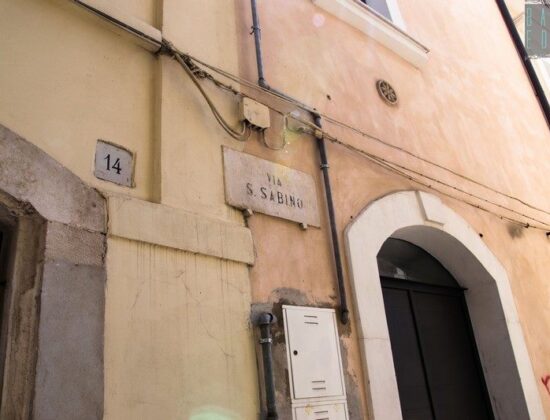 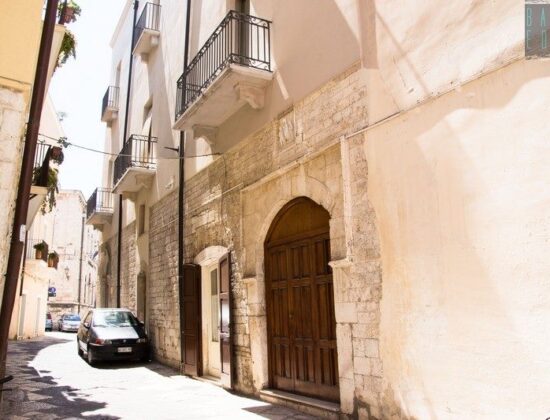 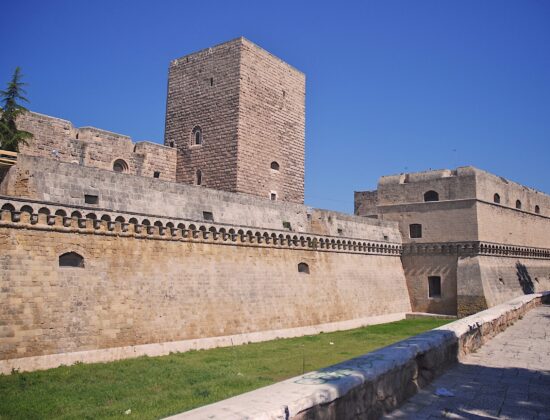 A large and knowledgeable Jewish community lived in Bari from the Roman Era (70 CE) to the Expulsion in 1541. Paraphrasing a verse from the prophet Isaiah, it was said ‘The Law will go forth from Bari community in touch with other Jews centres in Apulia, well known for its Academies of Talmudic Studies and the ‘Word of the Lord from Otranto?’.

A few traces and documents from this past remain today. News of the first synagogue dates back to the year 1000 and places it in the current area of the cathedral that was later demolished and replaced by a church dedicated to Saints Silvestro (Sylvester) and Leone (Leo). The latter was demolished in 1767 to make room for the Effrem Building. The site of the former synagogue and of the later church is now indicated under the courtyard area in front of the staircase leading to the main floor of the building. At the time there was also a cemetery, and thirteen graves were found by chance in the 1920s during excavations in the area of what is now Viale Unità. Only one tombstone was intact and is now at the Castello Svevo (Swabian Castle). A small hill in the area was referred to in documents as Monte dei giudei (the Mount of the Jews).

The Jewish quarter extends behind the first synagogue an area of which remained unchanged in the centuries that followed. Via San Sabino, formerly Via Sinagoga (Synagogue Street) is now listed as the main street of the old quarter. The side streets took off from this main road and are still as they were. The discovery of an engraved block of stone that was perhaps a window lintel in a private house confirmed the Jewish presence in the area. It read “This window was made thanks to Mosé da Treves from in the year 1314 with alms from the community “. It must have housed the synagogue, a rectangular room 12 by 4 metres. It had a small courtyard with a palm tree in the centre; the courtyard is still there and can be accessed from Via San Gaetano. The synagogue must not have been of particular architectural interest, so much so that it was not converted into a church after the Expulsion. On the contrary, the Jewish community entrusted it to the custody of the Canons of the Cathedral, hoping they would soon return. The Canons first rented the entire building and then converted into two. Over the years, the building was incorporated into a single block, and thus the memory of its original purpose was lost.