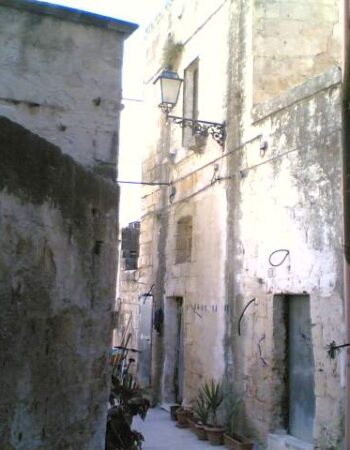 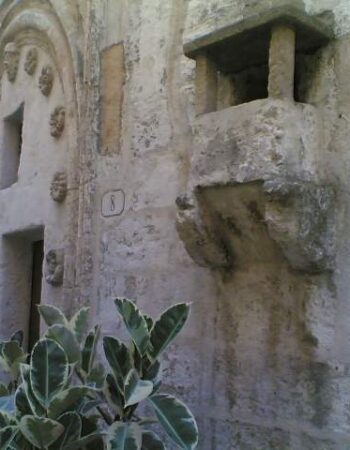 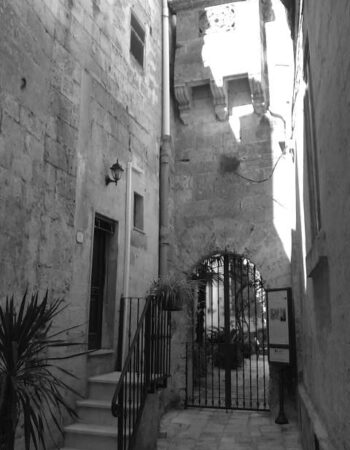 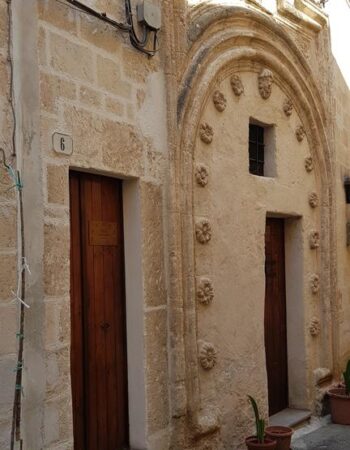 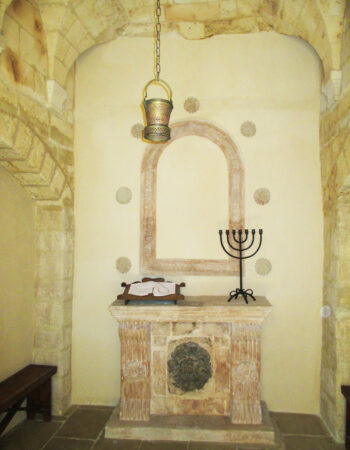 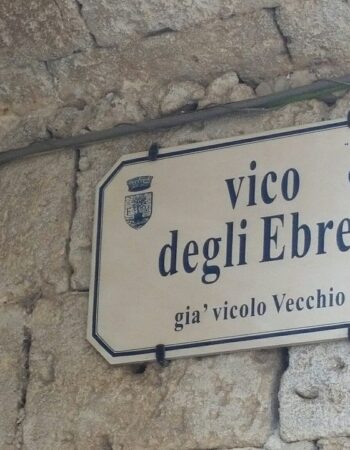 Certain news about the Jewish presence in Manduria (once called Casalnovo) starts in the 12_15th centuries. Since 1648 mention is made to the ‘Jewish Ghetto’ established by city Mayor Filippo Bianchetti. The quarter was opposite the main church, limited by three gates that were closed at night, following the decisions of the Council of Trent.
The area still maintains its original name: it extends around vico Stretto, vico Lacaita and vico degli Ebrei and can be accessed by three entrances marked by arches, one of which bears the date, 1602. It is a rectangular shaped area characterised by a maze of alleys and lanes with gates giving access to each house directly off the street. One of the houses is thought to have been a synagogue, although there is no certain documentation. The room consists of a small rectangular space with a full barrel vault ceiling accessed directly from the street through a doorway that cuts through an arch decorated with rosettes all around and a mascheron of a human face at the top. The Rabbi’s house (Casa del Rabbino) is not far from it, overlooking an inner courtyard, accessed through a round arch. The house dates back to the 16th-17th centuries, has a stone walkway decorated with fretwork and plant motifs.