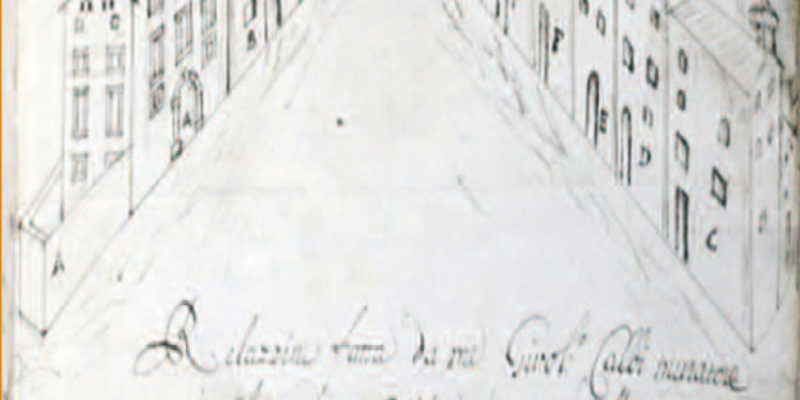 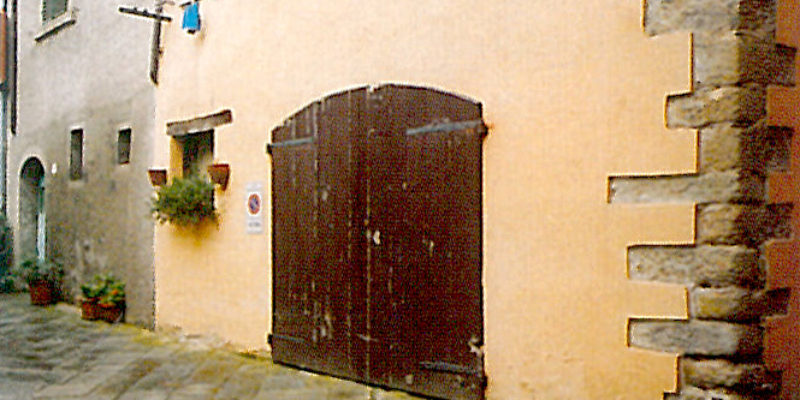 The Town of the Ghetto

The street which is now called Via Salomon Fiorentino is overlooked by the building of the former synagogue, and was, in the mid-nineteenth century, named after the famous Jewish poet from Monte San Savino, having previously been called New Town and, before that, simply Ghetto Town or Synagogue Town. From 1939 to 1981 this street remained dedicated to Guglielmo Marconi.
The establishment of the ghetto in this street was followed by the enactment by the Grand Duke Cosimo III of Tuscany of a specific interdiction (10th August, 1707) in which it was stated that by 1 November of that year the Jews of Monte San Savino were to have “cleared and dislodged themselves from the houses they inhabit, and indispensably bring themselves to live in the street or town called Synagogue of the Jews in the houses therein, and in no other place, street or area of the city.” See, in this regard, a drawing of the area constituting ghetto (2nd decade of the 18th century) made at the time.