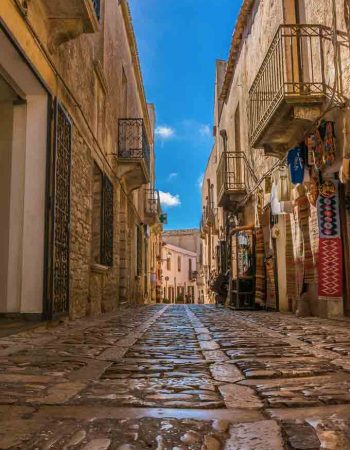 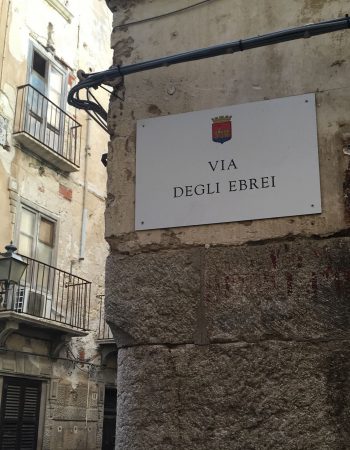 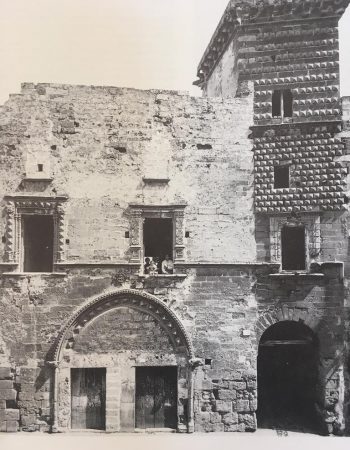 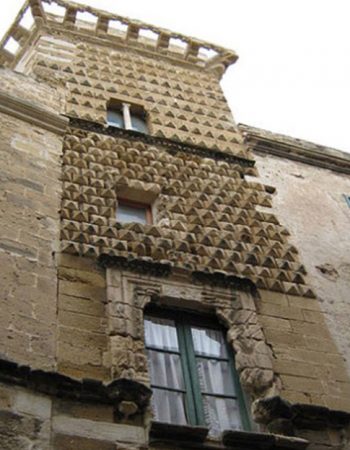 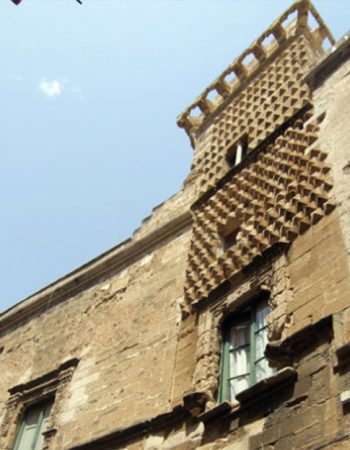 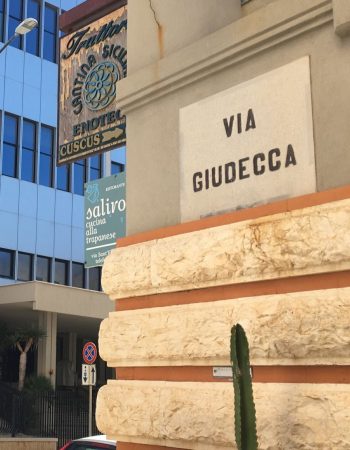 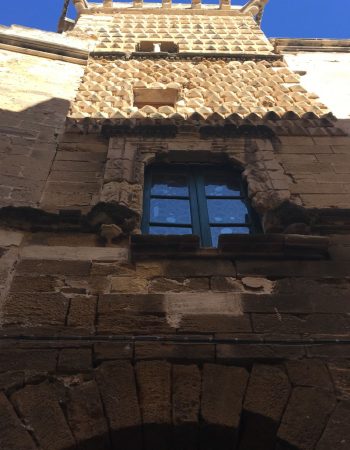 There were Jews living in Trapani as far back as late ancient times. During the Middle Ages Jews became the tenth of the total population, well-established in the city. The Jewish quarter was in the parish San Pietro (or ‘del Casalicchio’) area, between the Levante city walls and the port. The centre was built outwards from Via della Giudecca, only indicated as such after 1872. In this street there were the synagogue, the school, the hospital and the miqveh according to the sale document of 1492 now in the State Archives of Trapani. The wealthy Sala family had their own private prayer hall. The area was changed beyond recognition in the 1950s. All that remains is Palazzo Ciambra (or ‘della Giudecca’), built in the 16th century on the site of the preexisting synagogue. Some street names survive, such as Via degli Ebrei and Via dei Tintori. The first Jewish cemetery was outside the Botteghelle gate. A second, also outside the city walls beyond Via della Giudecca, was adjacent to the church of San Paolo. After it was dismantled to build the rampart of the Impossible in 1495 its tombstones were used to build boundary walls and as paving stones.

The Jews of Trapani worked with coral; they wove and dyed silk, and processed tuna, which they caught themselves. They were also builders and ironsmiths and managed iron imports from the island of Elba and from Spain. The kingdom of Sicily had two ambassadors and a banker from the Jewish Sala family.

On display in the lapidary gallery of the “Agostino Pepoli” Regional Interdisciplinary Museum (Via Conte Agostino Pepoli, 180 http://www.regione.sicilia.it/beniculturali/museopepoli/MuseoPepoli.html), adjacent to the sanctuary of Maria SS. Annunziata, are three tombstones in Hebrew and Judeo-Arabic, discovered in 1887 during construction of the fish market. They were translated by Monsignor Bartolomeo Lagumina and by Rabbi Marco Mortara.

The Biblioteca Fardelliana (Largo San Giacomo 18, http://www.bibliotecafardelliana.it/contatti-e-orari/) takes care among the precious documents of the 14th century manuscript by Abulafia that can be viewed by appointment.