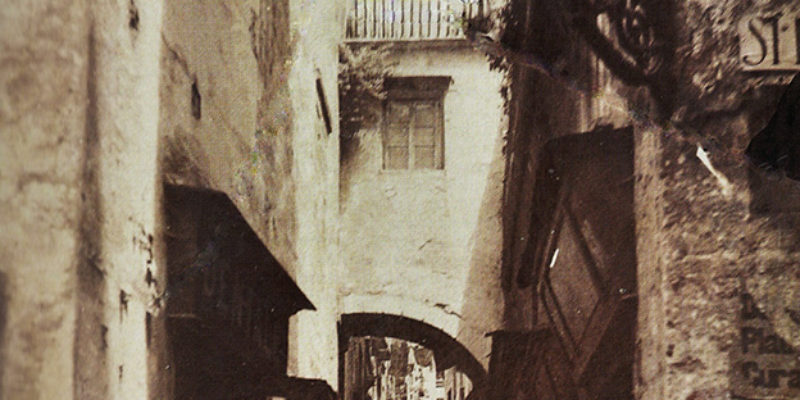 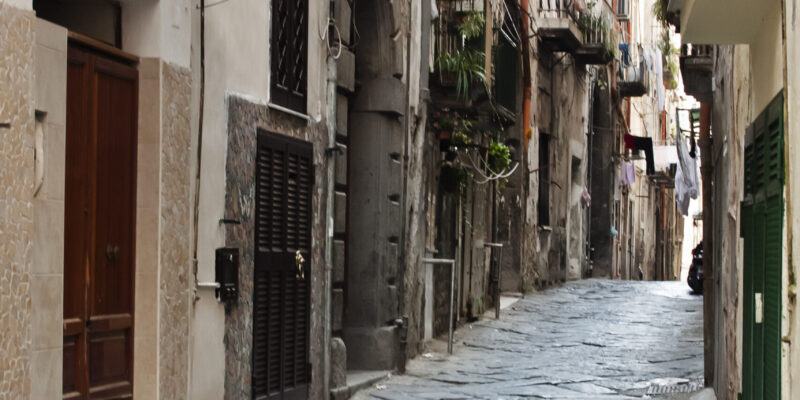 The Jewish presence in Naples, which had been documented since Roman times and abruptly ended with the 1541 expulsion, is connected with various sites around the city. These were mostly voluntary settlements – the “giudeccas” – that were established for various reasons. The current street names, and to a greater extent those of the past, re-evoke their existence and locations.

Near the Roman amphitheatre (the ruins of which remained visible for the duration of the Middle Ages), along the axis of the ancient Decumano Superiore road – today’s Strada dell’Anticaglia – there is evidence of a Vicus Judeorum, corresponding to what’s now called Vico Limoncello. The main element which points to a Jewish settlement around this lane – and is still partially legible in its original route – is certainly its name. However, we do not know the period in which there was a Jewish neighbourhood in this area. The name “Judeorum” first appears in a document dated 1002, but this mention of the street might refer to a place name that had already fallen out of use even then. Nor is there any information regarding synagogues or ritual baths in this area, while there is evidence of numerous Christian institutions. Perhaps Jews had lived there from Roman times, or only from the Byzantine era, possibly after a period spent in the S. Marcellino quarter.

After the 12th century, when the more frequently occurring street names “dei Dodici Pozzi” and “Spogliamorti” were reinstated (the latter due to its proximity to the church where clothes were removed from the dead before they were taken to the cemetery), there are again rare references to the name “de li iudei”, in the period immediately following the expulsion of the Jews from the kingdom.