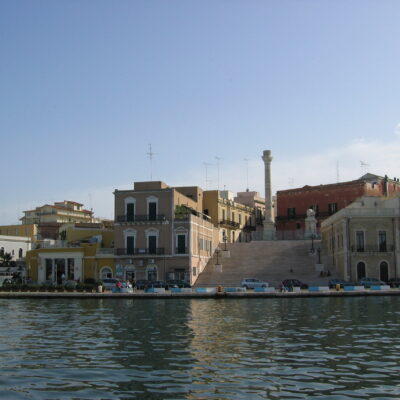 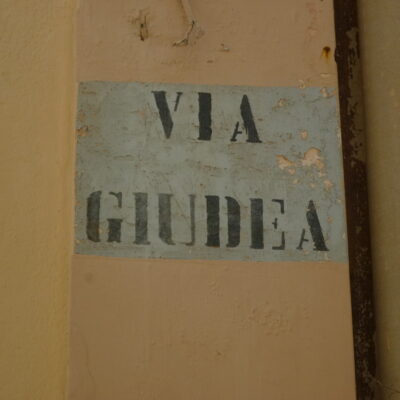 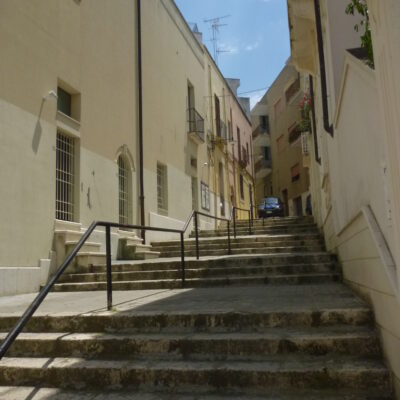 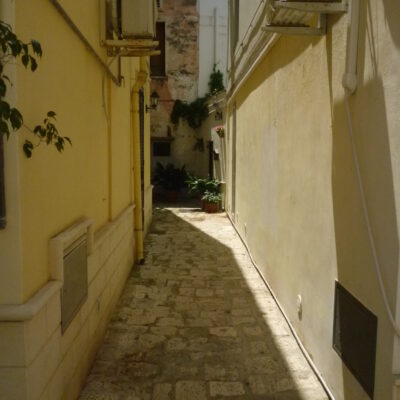 A trading Port with the East

Brindisi was a trading port for the East, on the Adriatic sea, at the end of the Appian Way and became a place of passage for Jews who then settled there from the 9th century. They were mostly in the cloth dying and goldsmith trades, although many left the city at the end of the 13th century to avoid the French Angevin’s forced conversions.  In the early 15th century a new group of Jews settled from the eastern coast of the Adriatic Sea, from Catalonia and Provence. However they did not stay for long as the port lost in importance and some moved to Gallipoli.  In 1541 Jews were banished from Apulia, and from the whole of Southern Italy. Around 1950 some settled in Brindisi coming from Egypt after Nasser had expelled all Jews from the state.  Today, traces of the Jewish presence in Brindisi can only be found in a street in the old city called Via Giudea, and in three Mediaeval funeral inscriptions found in the Federico Ribezzo Provincial Museum. The inscriptions or epigraphs were found in 1873 in the Tor Pisana area, close to the present mainline railway station.