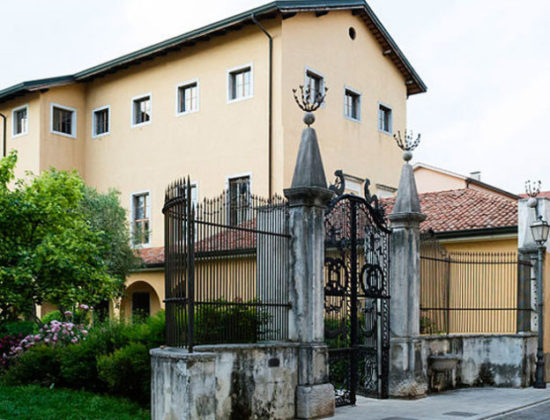 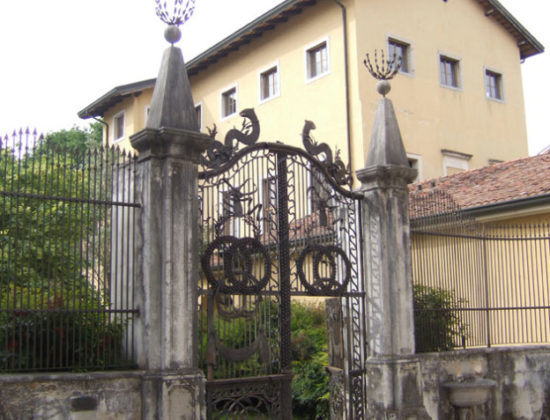 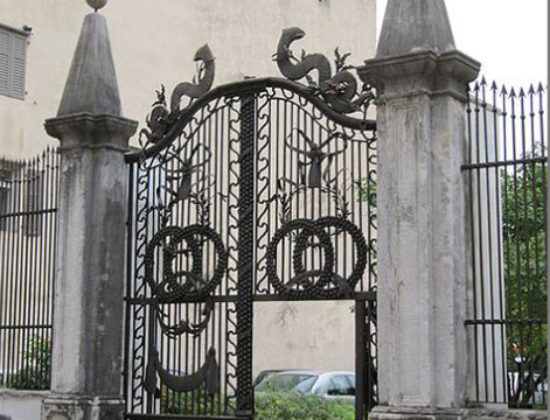 In September 1943 Nazi troops proceeded to arrest the Jews in Gorizia and deport them to the death camps. In search of safety, the family of little Bruno Farber had moved to Ferrara, far away from all their acquaintances. A few weeks later, however, the family was arrested. They were first taken to the concentration camp of Fossoli and then deported to Auschwitz. Bruno was killed on arrival, just three months old.

The garden next to the synagogue was dedicated by the city to the memory of Bruno, the youngest Gorizia-born Jewish victim of Nazi barbarism. In 1995 at the entrance an 18th-Century wrought iron gate was installed, which had belonged to the home of Jewish linguist Graziadio Isaiah Ascoli. According to local tradition – based on the correspondence of the artefact to a description in a legal act of 1783 – this is the same gate that originally stood at the end of the ghetto near the church of San Giovanni, which had been forged by blacksmith Martin Geistin to replace the earlier wooden door.

The garden features an open-air installation created by the artist Emanuele Luzzati. The work evokes the Jewish holiday of Purim and is part of an ‘environmental art’ project created by the children of the elementary schools in the city.