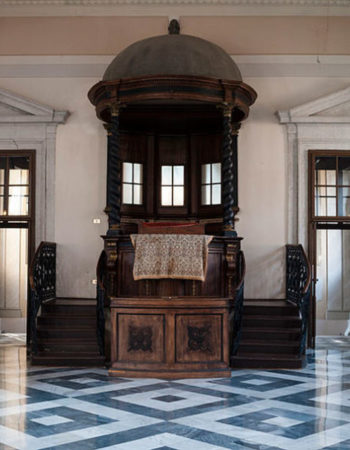 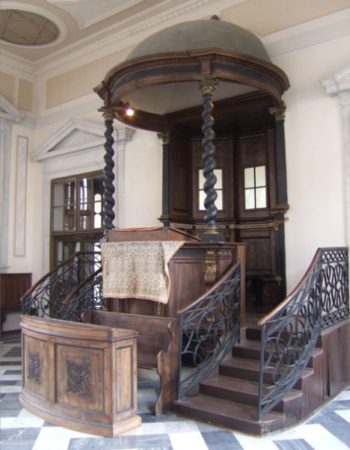 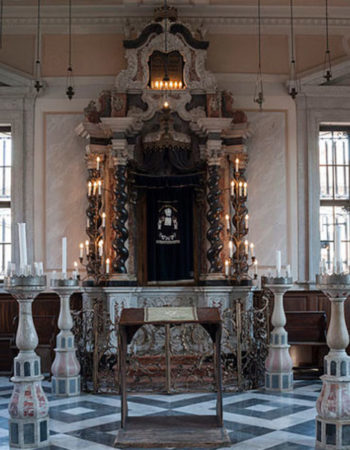 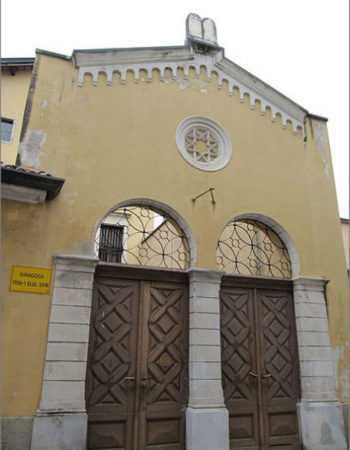 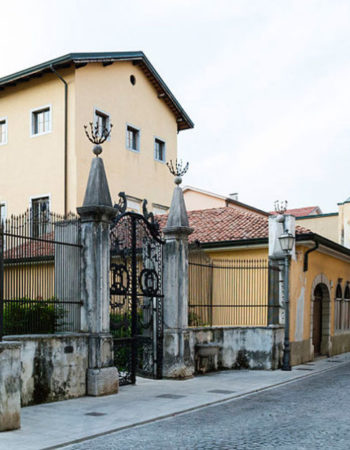 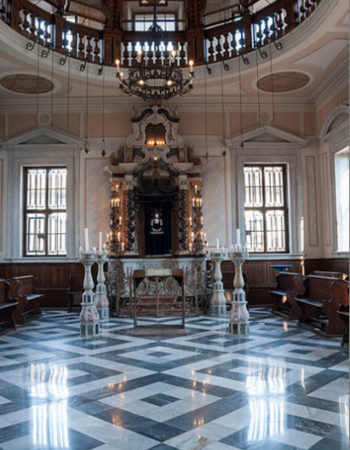 The synagogue of Gorizia was built in 1756 on the site of an earlier oratory erected after the segregation of the Jews in the ghetto (1698). Originally hidden among the closely-packed buildings of the district, the synagogue owes its appearance to a series of major renovations carried out in 1894, when the Community, now emancipated from the social constraints of the previous period, decided to give visibility to their religious centre and place of worship. The building overlooking Via Ascoli was therefore demolished and replaced by a courtyard, separated from the road by an outer wall decorated with features of Moorish influence and the Tables of the Law. The renovation plan implemented after World War II resulted in the demolition of all the other constructions adjoining the synagogue, thereby further altering the outer appearance and internal connections of the building.

Occupying the first and top floor is the hall of the synagogue, which is arranged according to the traditional bifocal layout, with the tevah and aron placed opposite each other on the short sides and benches for the public lining the longer walls and facing the central axis.

Flanked by the two entrances to the hall, the tevah is a sober structure in cedar wood, raised and covered with a domed canopy with spiral columns. Along the back, slightly protruding over the wall of the hall, an inscription commemorates the synagogue’s narrow escape from destruction in 1761.

On the opposite side is a marble aron hakodesh, also in Baroque style, featuring twisted columns in black marble and a high scrolled pediment with the Tables of the Law. Around the front of the aron are wrought iron railings, a late 18th-Century work attributed to the blacksmith Martin Geist.

At mid height an elegant oval-shaped women’s gallery runs along the entire perimeter of the hall.