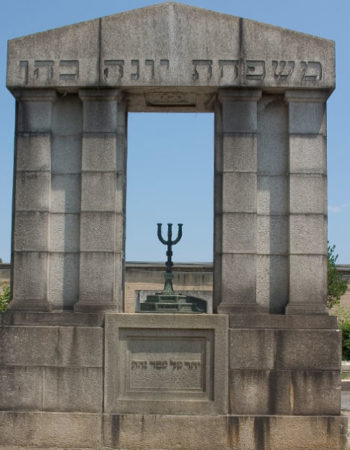 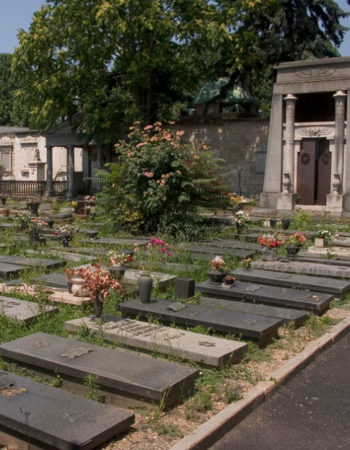 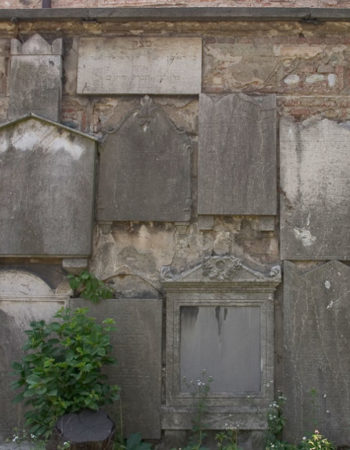 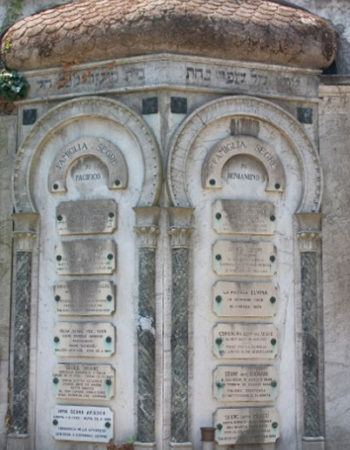 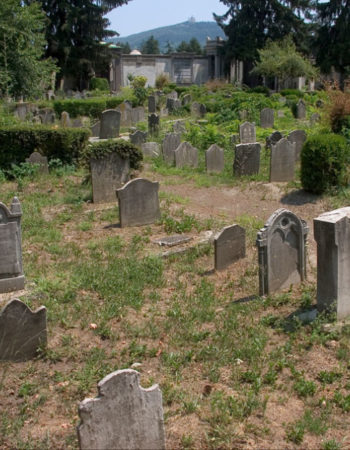 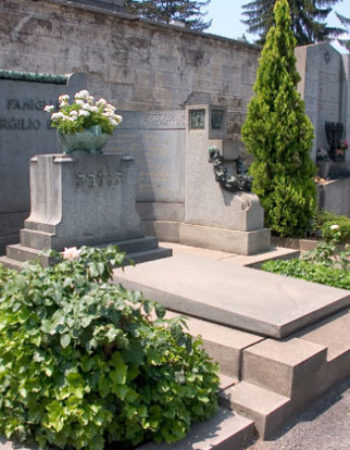 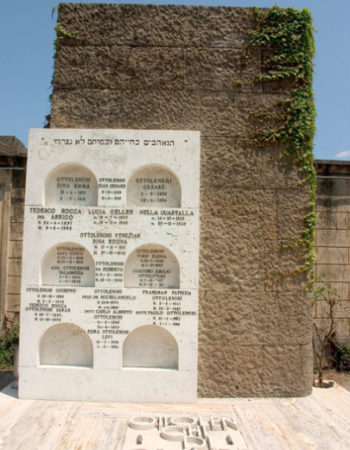 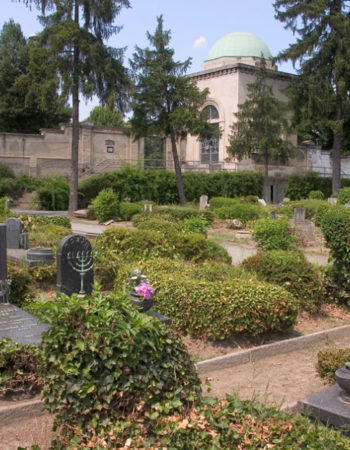 The Jewish community of Turin has had a series of designated burial grounds since the 15th Century: the first was a plot near the Porta Marmorea, on the southern boundary of the city, between the present-day Via San Tommaso and Via Santa Teresa; the second, dating to mid 16th century, occupied the area comprising today’s Via Arcivescovado and Via Arsenale, from where, in the following century, it was moved to allow for the construction of an artillery foundry – later to become the Military Arsenal. In 1668 a nearby plot of land was assigned in what is today Corso Matteotti, which had to be abandoned at the time of the siege of Turin in 1706 as it fell within the remit of military confines. The cemetery was then moved to the far side of the city towards the River Po, near the bastion of Saint Jean de Dieu, where Via delle Rosine meets the present-day Piazza Cavour. In 1772 once again the king ordered the cemetery to be moved further north, to an unhealthy area prone to flooding. The surrounding neighborhood, in fact, was known as ‘borgo del moschino’ (midget land), until it was reclaimed and parcelled out, becoming what is today Borgo Vanchiglia, and lastly, in 1867, the Community was given a section of the Monumental Cemetery, where a number of ancient tombstones were relocated. Currently there are six Jewish sectors, with simple graves in the central areas and elaborate family monumental tombs along the perimeter walls. Far-removed from Jewish tradition, a number of graves show how extensively the Community had assimilated the burial habits of the late 19th Century. Some of the finest examples include neo-Egyptian chapels, neo-Moorish aedicules recalling the synagogue of the city and, in the 5th sector, certain works dating back to the ‘20s and ‘30s.

The Jewish sectors are reached through the Monumental Cemetery

Opening hours:
Daylight saving time (from the last Sunday in March):
Tuesday to Sunday, 8:30 am – 5:30 pm.
Winter time (from the last Sunday in October):
Tuesday to Sunday, 8:30 am – 4:30 pm.
On civil or religious holidays the cemeteries are open for visits from 8:30 am to 12:30 pm.
The whole cemetery is closed for visits on Mondays, except for the Monday before November 1st and 2nd.
Jewish sectors closed on Saturdays and Jewish holidays
Info: www.cimiteritorino.it