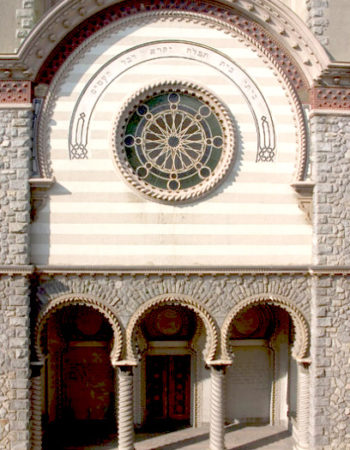 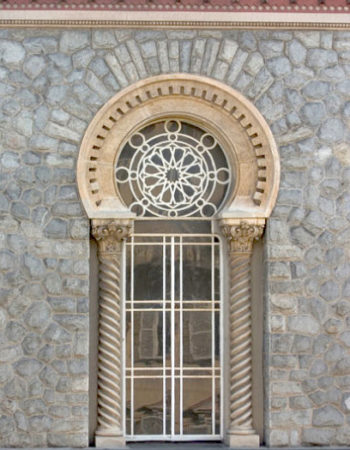 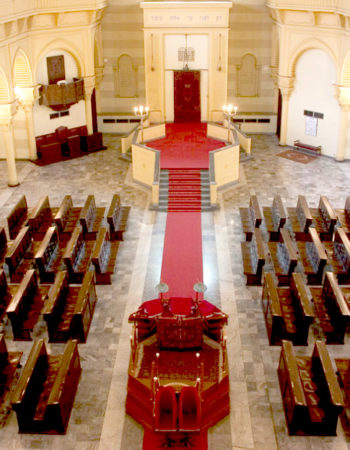 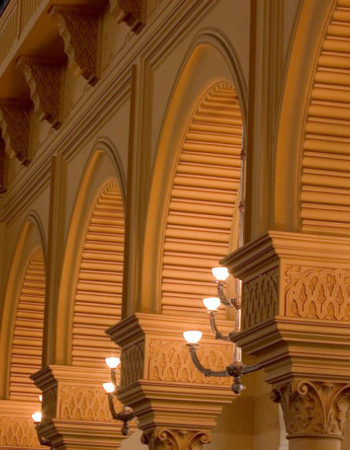 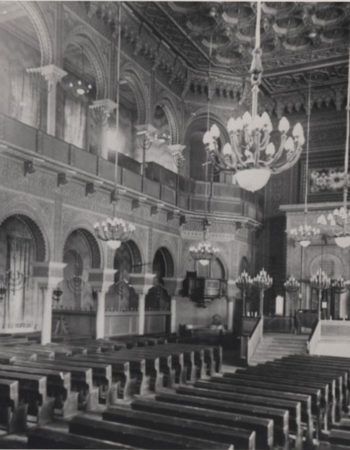 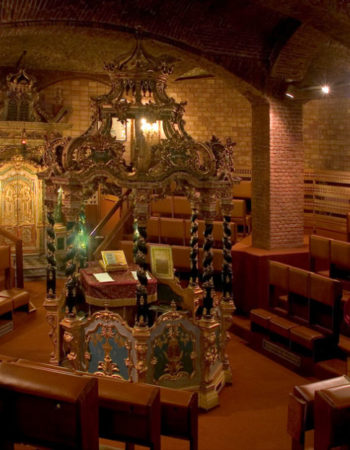 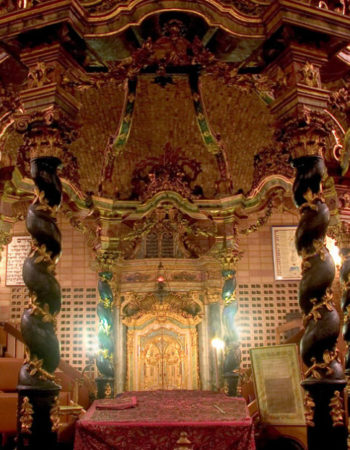 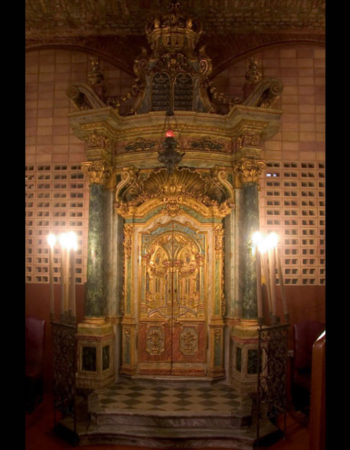 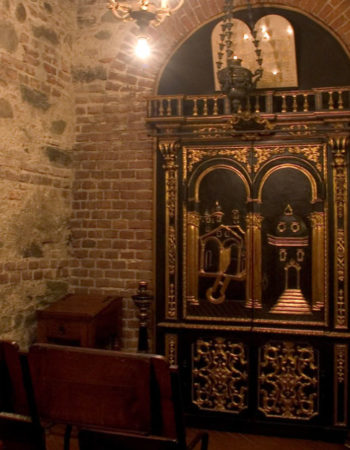 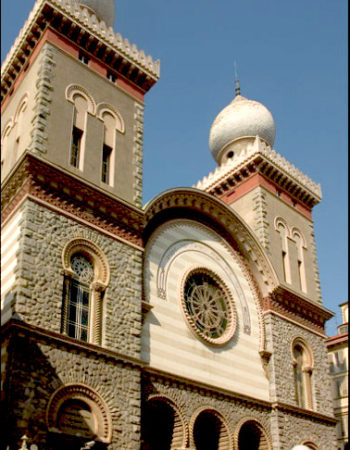 The monumental synagogue of Turin was commissioned by the Jewish Community following the abolition of the ghetto, to celebrate Emancipation and express gratitude to the Royal House for having granted it. After the Community sold to the City the still unfinished building that was to become the Mole Antonelliana and which never actually used as a synagogue, the Jewish community announced a competition for the construction of the new building in the newly developed district of San Salvario. The synagogue was completed in 1884 and designed by Enrico Petiti in what was known as eclectic: the prevalence of elements of Moorish architecture specified in the call speaks to one of the most widespread trends in late 19th century European Synagogue architecture.

The richly decorated interior furnishings were destroyed by bombing in 1942. The lay-out is linear, with an aisle and two side naves, a basilica plan, typical of this period’s assimilation to the Roman Catholic model. The long rows of pews faced the tevah and aron, that were placed in a raised area. In 1986-‘87 a liturgical adaptation gave the hall a layout that was more in keeping with local tradition, with a new tevah placed at the centre and the pews around it.
In 1970 another synagogue – known as Tempio Piccolo (Small Synagogue) and designed for everyday use – was created on the basement floor and furnished with Baroque furniture that came from the synagogue of Chieri. Next to this is a third small synagogue that houses the aron, which is probably from the German rite synagogue in the Turin Ghetto.

All the rooms are arranged to overcome architectural barriers. Please inform in case of presence of wheelchair users.