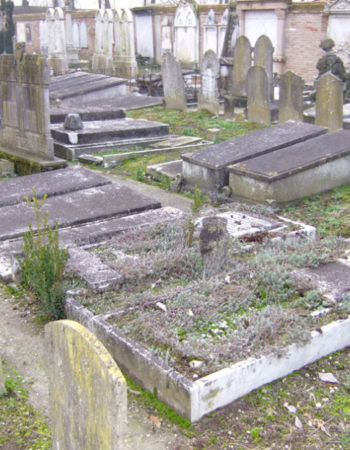 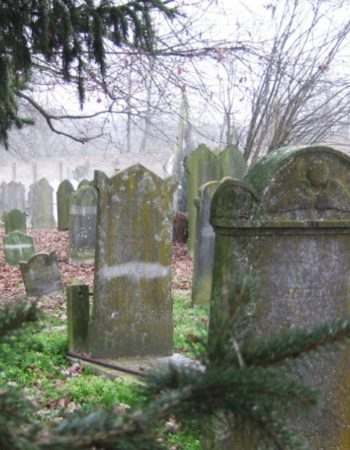 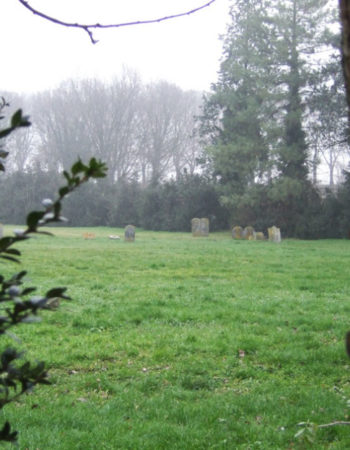 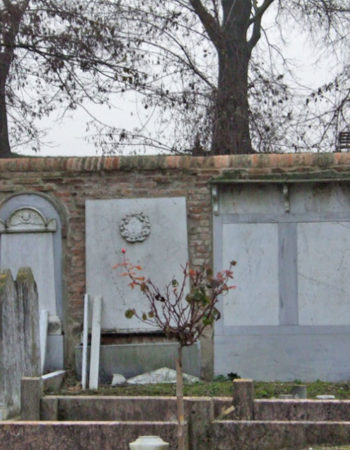 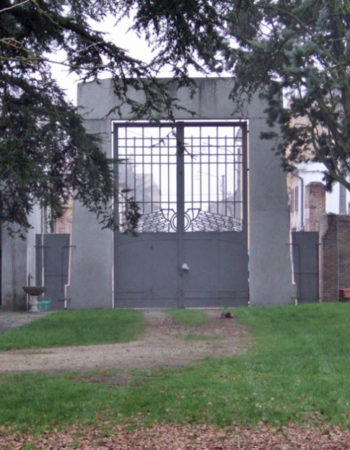 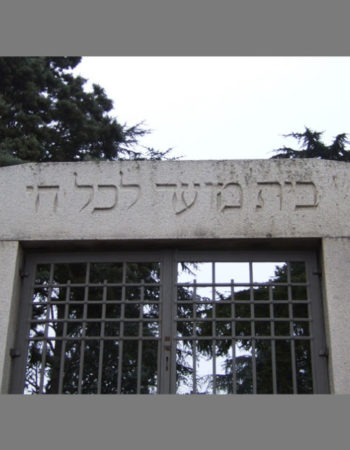 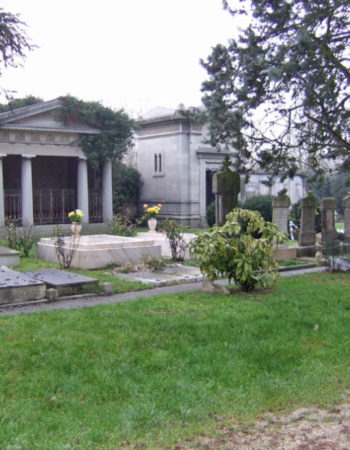 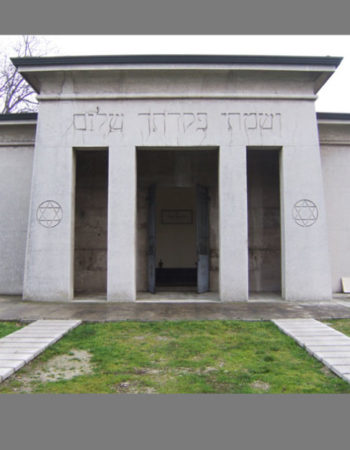 This burial ground was granted to the Jewish community in 1626. It lies next to the Certosa cemetery, in the north-eastern section of the Addizione Erculea (the addition under Duke Ercole), in a large space that had been left as a lawn under Rossetti’s original project.
At the end of Via delle Vigne, the entrance to the cemetery bears a large granite gateway designed in 1911 by the Jewish architect Ciro Contini. He also designed the burial chapel inside, in the same style as the gateway decorating it in a neo-Babylonian style. These developments gave the Jewish community of Ferrara the visibility it had sought for after Emancipation, which in other cities had led to the construction of new monumental synagogues.
The vast cemetery has an irregular shape due to several consecutive development: each section has imposing constructions, most of which against the perimeter walls, mixed in with simple old and recent headstones and tombstones. Even to date the plain lawns bear witness to the ban on tombstones imposed by the ecclesiastical authorities in the 18th century. In the same period the cemetery was raised by the Inquisitors and 16th- and 17th-century tombstones were demolished in 1718 and reused to build Duke Borso’s column.

Open daily except Jewish holidays from 9 am to sunset.