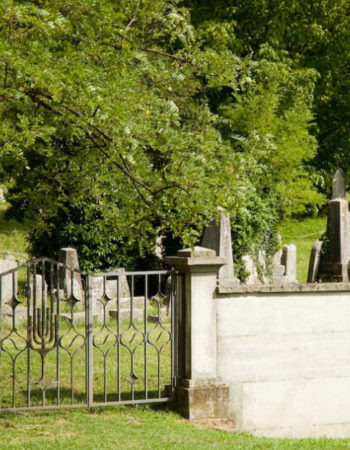 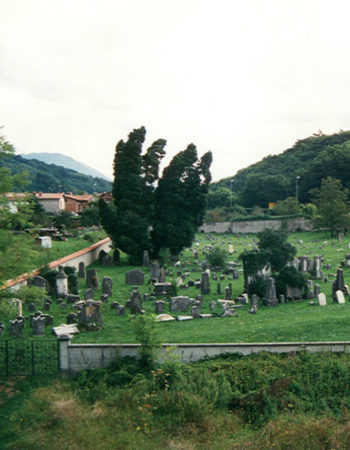 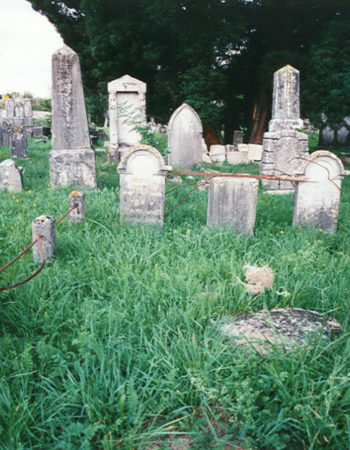 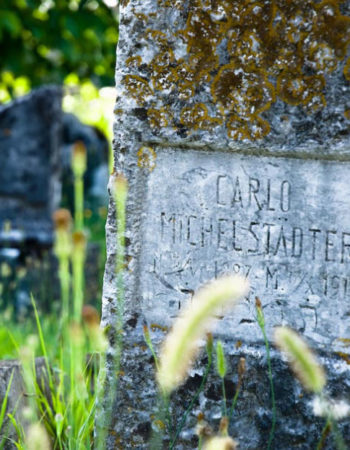 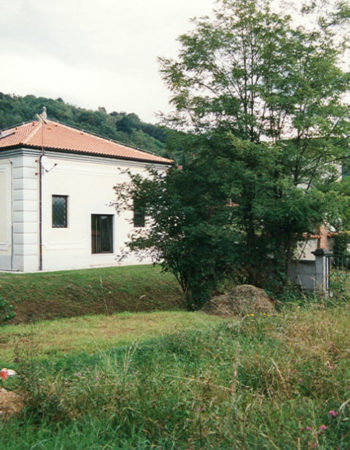 The Jewish cemetery of Gorizia is located in the nearby settlement of Valdirose (Rožna Dolina), in the territory of the former Yugoslavia (now Slovenia). Traces of a Jewish burial ground dating back to the late17th Century are still visible in the village. The cemetery was moved to its present-day location in the early 19th Century and several older tombstones were transferred here from other burial grounds, the earliest dating back to 1371.

Enclosed in a modern boundary wall and situated between trunk roads, the cemetery contains over nine hundred graves, mostly facing east. The oldest gravestones are simple, many are eroded and some have fallen. These bear only the dates of birth and death, occasionally followed by short inscriptions in Hebrew. Bilingual inscriptions and epitaphs appear on the more modern graves, which include few of a more monumental appearance featuring decorative influences of an eclectic character. There are also a number of gravestones with symbols carved in bas-relief; some of these are the emblems of Gorizian Jewish families, while others are symbols from non-Jewish burial tradition.

The area next to the main entrance was mainly reserved for descendants of the priestly lineage and rabbis, one of whom was Isaac Samuel Reggio (1784 – 1855), translator and Biblical exegete, and propagator of the Jewish Enlightenment movement. Although it is today occupied by commercial establishments, the morgue, which was built after World War I, is still recognizable. During restoration works in 2010 a panel was installed to provide visitors with information.

The cemetery is open daily from morning to evening
Free admission