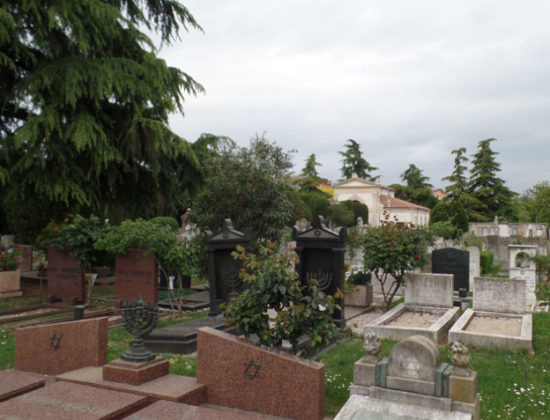 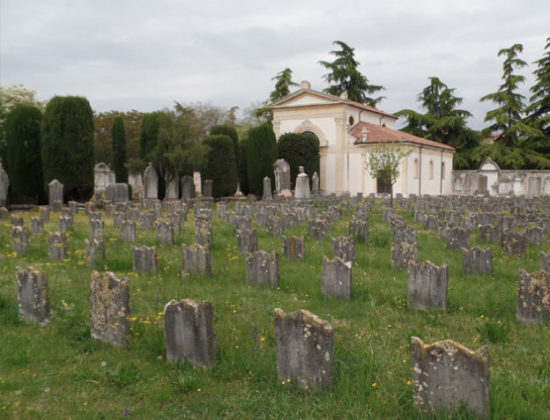 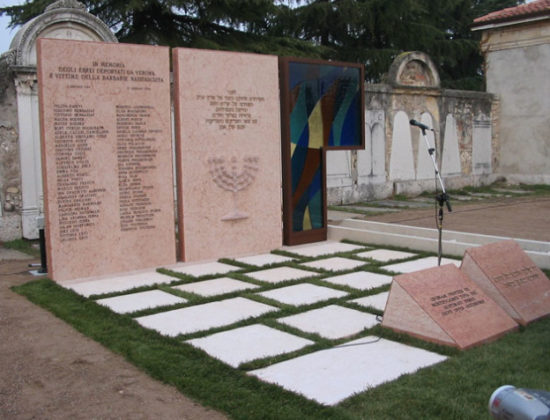 There are records of three Jewish cemeteries existing in Verona prior to the present-day cemetery. The location of the first, purchased in 1390, is unknown. The second, in the area of Campo Fiore between what are today Via S. Francesco and Via dell’Artigliere, was in use from 1599 to 1780. It is said that, due to the high number of deaths that occurred in the plague epidemic of 1630, the burial ground soon became insufficient and a second layer of earth had to be laid. In 1755 the Community acquired a new burial ground at Porta Nuova, which replaced the previous one; this was in use until 1856. On the sites of these cemeteries there are no longer any recognizable remains; several tombstones, however, were transferred to the new cemetery, which was opened in 1855 outside Porta Vescovo. The arrangement of the burial ground was planned with great attention to decoration, especially in the dividing up of the spaces and in the individual artifacts. The entrance was equipped with a large reception building, which included the custodian’s residence. Facing the the central, tree-lined avenue was the mortuary where the corpses were prepared for burial and funerals were held. The wide variety of monumental tombs testifies to the phenomenon of the assimilation of the customs of the dominant culture, which was common in Jewish communities during the period of emancipation. The designing of the tomb was assigned to artists and architects whose task was to express the prestige of individual clients, borrowing styles and decorative elements that were typical of the period and were often based on non-Jewish funeral symbolism.

In 2004 a monument was erected in the cemetery ‘In memory of the Jews deported from Verona and victims of Nazi barbarism’.