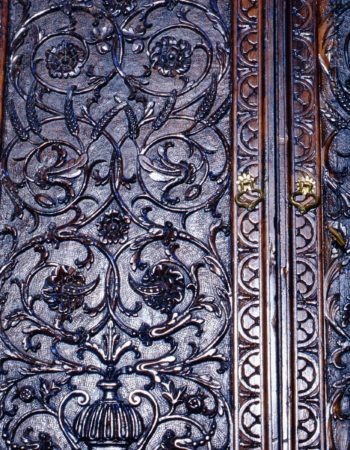 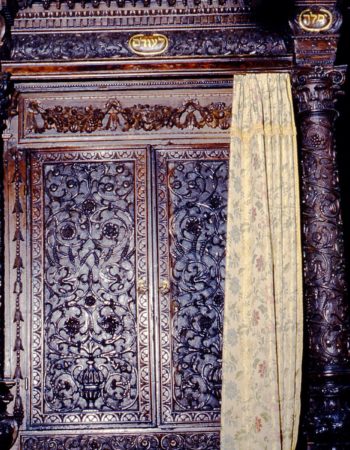 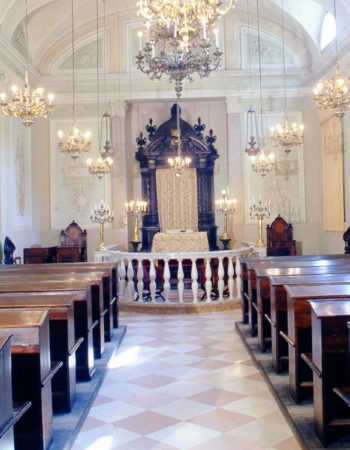 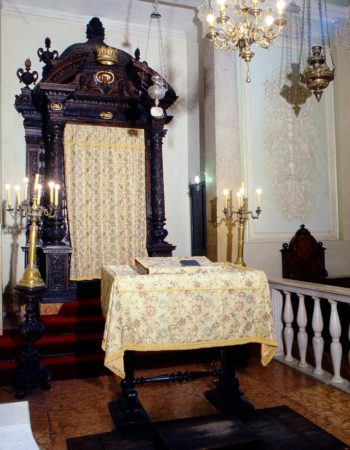 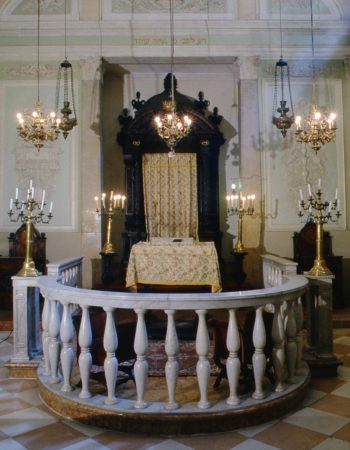 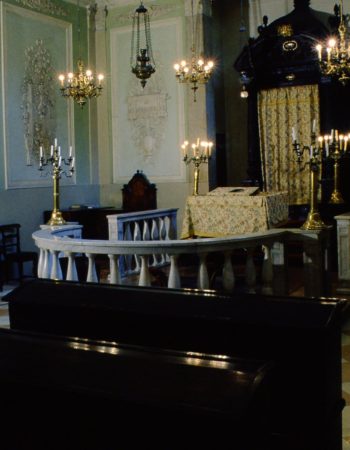 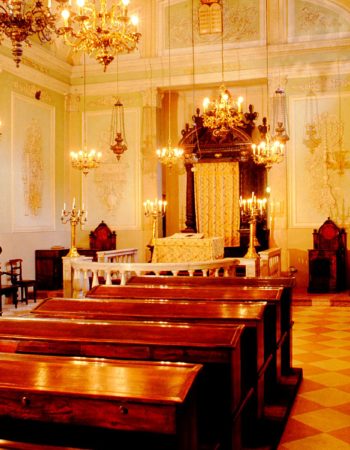 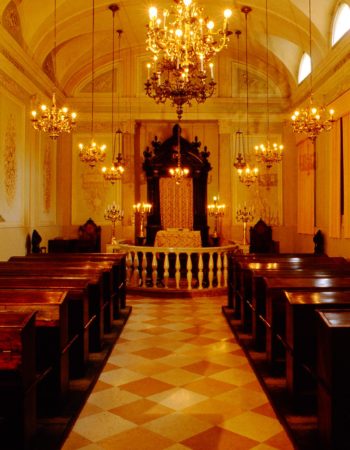 The German Synagogue of Ferrara

The Synagogue was originally built in 1603 as German rite and is currently used as the main temple for well attended ceremonies. In 1532, the Ashkenazi community had obtained permission from the Roman Catholic Apostolic Delegate to open its own place of worship. Initially it was just a room in what is now Via Vittoria but subsequently, the ecclesiastical authority ruled that it had to be within the premises of the Italian one. Thirty years previously (1573) the two had already merged administration.
Over time, the hall repeatedly underwent renovation, as can be seen in the 1760, 1827, 1859 and 1905 plaques. Architect Ippolito Guidetti carried out the most significant refurbishment in the late 19th century when he had also began restoration on the Italian Tempio Maggiore. Both synagogues were renovated according to a floor plan informed by the Roman Catholic liturgical space, with the tevah in front of the Aron and the public seating in rows of parallel benches. Opposite the five large windows there are square stucco panels depicting furnishing and objects of the Tabernacle.
The current layout is the result of the post-war reconstruction, that took place after the Nazi-Fascist destruction. The original 17th century carved wooden Aron was saved, while the marble balustrade that enclosed the tevah was in such a state it could not be repaired, so a similar one was made rescuing parts from the Italian Temple. In addition, chairs and benches were brought from Lugo’s synagogue closed since the 1930s.

Currently closed to visitors due to restoration work following the 2012 earthquake.