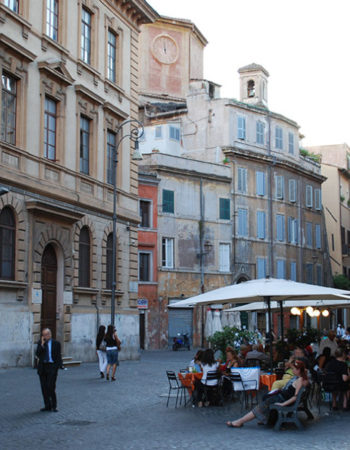 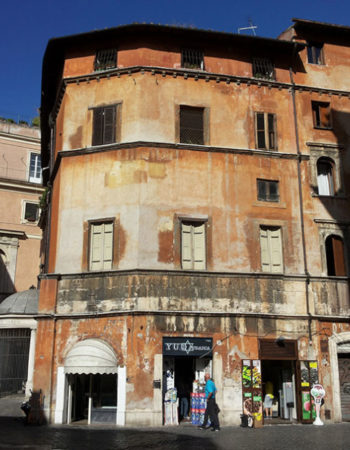 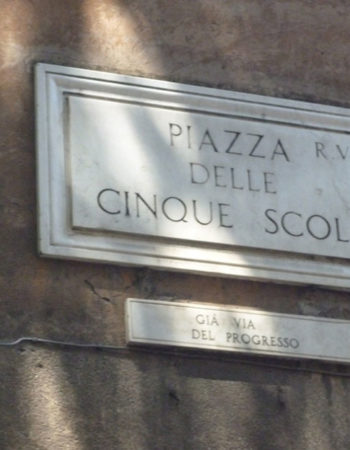 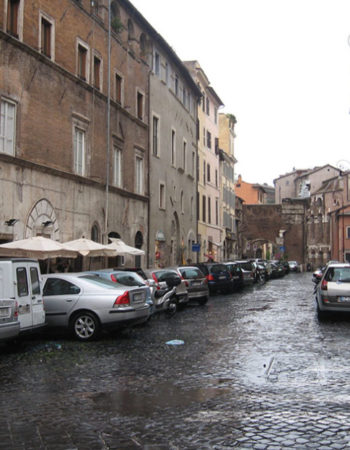 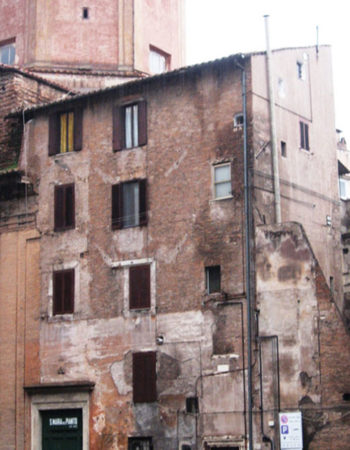 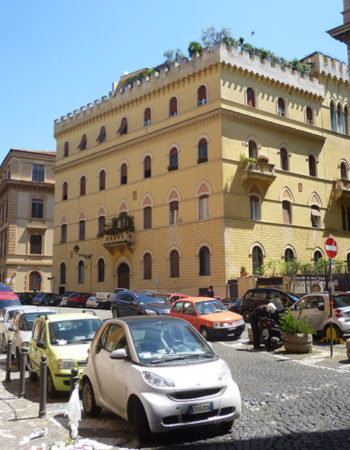 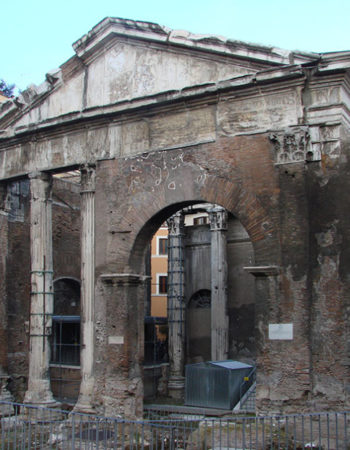 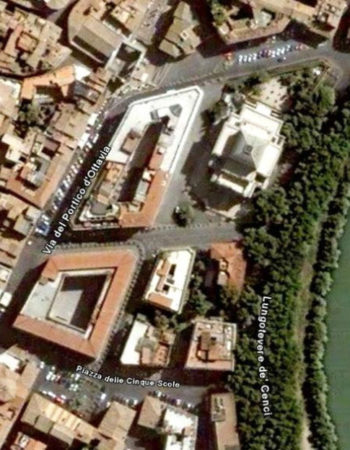 In 1555 Pope Paul IV established the ghetto, with the papal bull “Cum nimis absurdum” (“It is truly absurd”). Nearly two thousand Jews were segregated in the unhealthy area roughly between what is now Via del Portico d’Ottavia, Piazza delle Cinque Scole and the River Tiber, which meant the ghetto was often flooded by the river. Their numbers would grow to five thousand by the 19th century.
Not much remains of the district’s original crowded and multi-tiered lay-out. When it was finally opened up in 1870, a regeneration plan for the capital city led to it being completely gutted and rebuilt into four large, modern blocks.
As far back as the 13th century, numerous groups of Jews had settled in the Sant’Angelo District, attracted by the large number of merchants and crafts in the area.
The ghetto area was enlarged in several waves, so that by the 18th century it had five entry gates. Piazza Giudea was roughly between what are now Via del Portico d’Ottavia and Piazza delle Cinque Scole; this is where the main allowed business – money lending and second hand trade, especially cloth – took place.
On Piazza delle Cinque Scole, approximately where number 37 is today, the building of the Cinque Scole once stood; it was demolished between 1908 and 1910.
According to the Papal Edicts, all the synagogues of the various Jewish congregations living in Rome had to be housed together which meant five synagogues from different traditions were brought under one roof.
The ghetto was demolished between 1886 and 1904 under the 1873 development plan of Roma Capitale. The area where it stood for three centuries is still today the heart of Jewish life in Rome.

Guided tours to be booked in advance, run by the Jewish Museum of Rome.