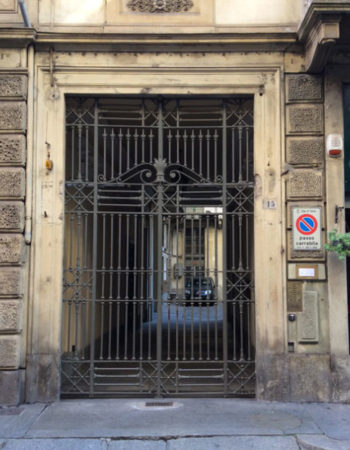 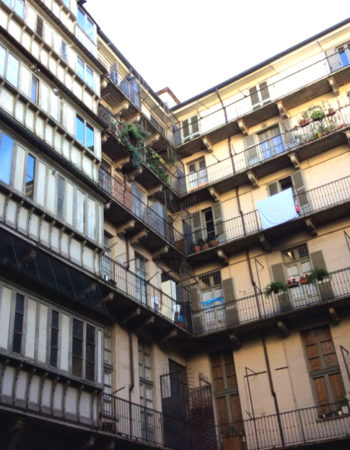 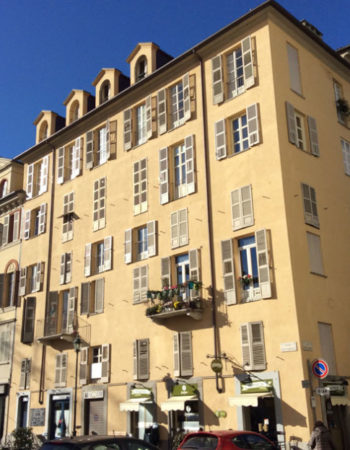 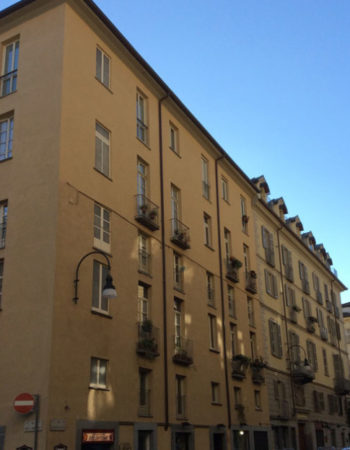 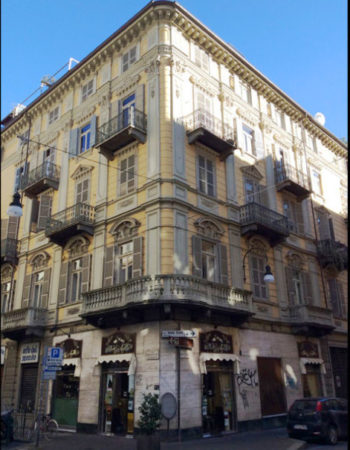 As early as 1430 Duke Amedeo VIII had regulated the legal status of Jews, subjecting them to restrictions and heavy taxes. The ghetto was established in 1679 at the command of the Regent, Duchess Marie Jeanne Baptiste of Savoy. Within a year Jews were forced to move to the premises previously used by the Ospedale di Carità (an Alms House), that retained ownership of the building. The hospital occupied the entire block between the present-day Via Maria Vittoria, Via Bogino, Via Principe Amedeo and Via San Francesco da Paola, at the heart of the second development of the capital city, where a number of charities and medical facilities were concentrated.

Inside, the space was divided in five courtyards each with its own name, connected by covered walkways known as portici oscuri (dark arcades). There were two synagogues: the larger one was an Italian rite, and overlooked the Corte Grande. The other was a Spanish rite temple located in the Corte della Vite. The unhealthy and overcrowded environment had to be expanded after 1724 when, the Jews from Courgnè were moved to Turin, following the establishing of ghettos in other cities of Piedmont and it was too small to have its own. Jews were granted the lease of a nearby building between Via San Francesco da Paola, Via Des Ambrois and Piazza Carlo Emanuele, the walls of which still bear signs of the overcrowded living spaces. Here the third synagogue, of German rite, was established.

Long after the Emancipation (1848) a number of Jewish families continued to live in the ghetto, until eventually the place was put up for sale and completely renovated.