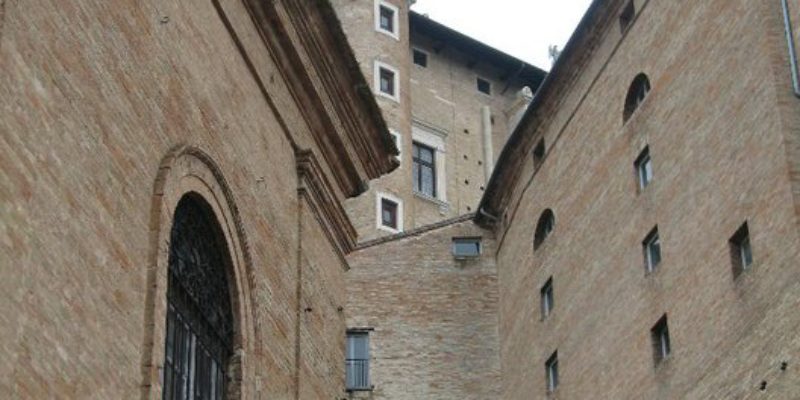 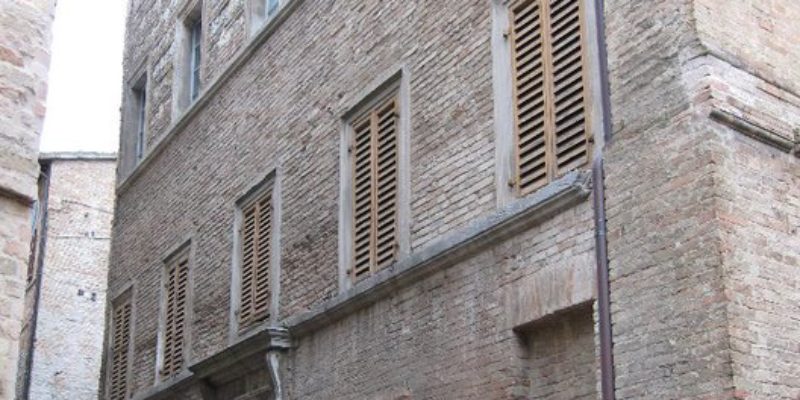 The first documented evidence of Jewish presence in Urbino dates back to the early 14th Century. Under the rule of the Montefeltro family, the group that gradually settled in the city enjoyed many of the same rights and privileges as the Christian population. The Jews held the monopoly on moneylending and were engaged in trade, manufacturing and medicine. In the second half of the 15th Century, the founding of the institutional pawnbroker ‘Monti di Pieta’ gave rise to anti-Jewish religious propaganda, which greatly influenced the local people. This is borne out by the predella ‘Miracle of the Desecrated Host’ (Paolo Uccello, 1467-1468, Galleria Nazionale delle Marche), which recalls an ancient anti-Semitic story set in Paris in 1290. Pressure from the  Church also led the Della Rovere dukes, who succeeded the Montefeltro family in 1508, to issue restrictive notices, although these were largely disregarded. With the death of Duke Francesco Maria II (1631), leaving no legitimate heir, and the consequent annexation of the duchy to the Papal States, the conditions of the Jews deteriorated definitively. In 1633, as in Pesaro and Senigallia, a ghetto was instituted, which was to accommodate also the Jews of eight smaller neigbouring towns. A group of houses near Porta Valbona was selected, between Via Stretta and Via delle Stallacce. Two gates, locked from the outside at night, were placed at either end of Via delle Stallacce, and a third at the beginning of Via Stretta, where the synagogue still stands today. The main facilities were in Via Stretta; in the house at no. 27, built on the site of a pre-existing square, was the mikveh; at no. 11 was the well, and at no. 15 was the kosher butcher.

Segregation ended with the Napoleonic invasion (1797). After the Restoration the pope ordered that the gates be reinstated, but the local authorities managed to postpone the papal edict until 1826, and by this time many Jews had been relocated to houses outside the ghetto, where they remained. Finally, with the annexation of Urbino to the Kingdom of Italy in 1860 the Jews were granted legal equality. The small group that still remained after the dark years of the ghetto became immediately integrated into city life, holding public offices and contributing generously to the funding of charity institutions and activities.