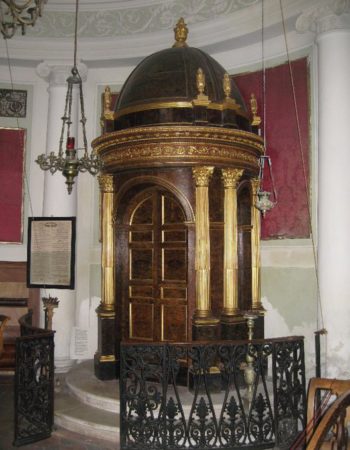 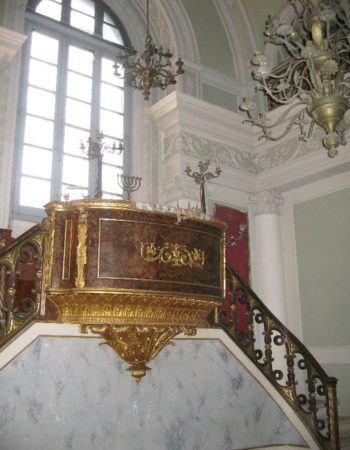 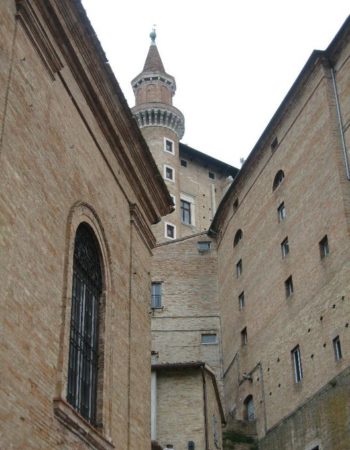 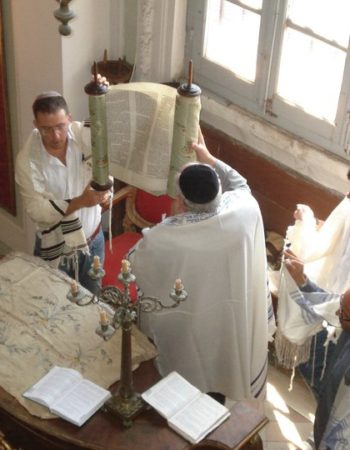 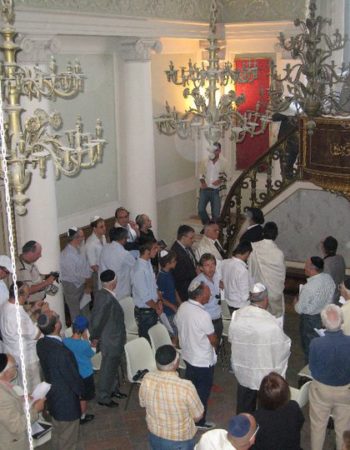 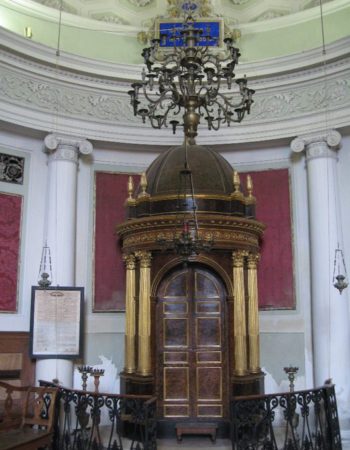 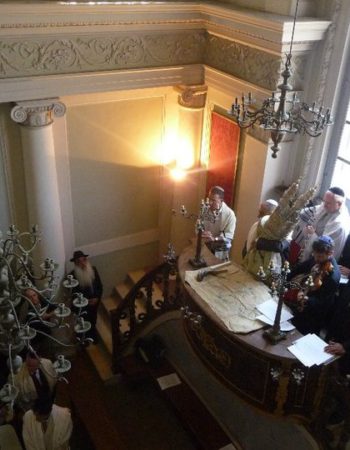 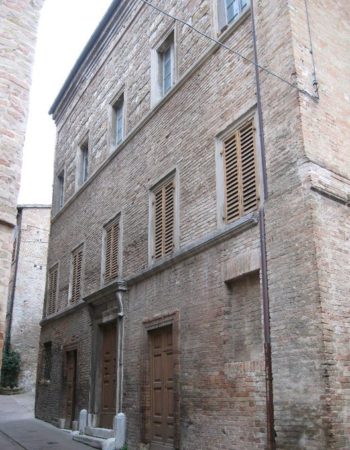 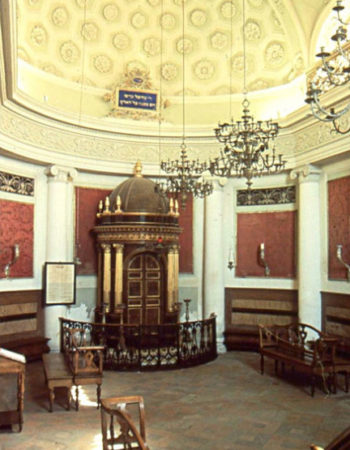 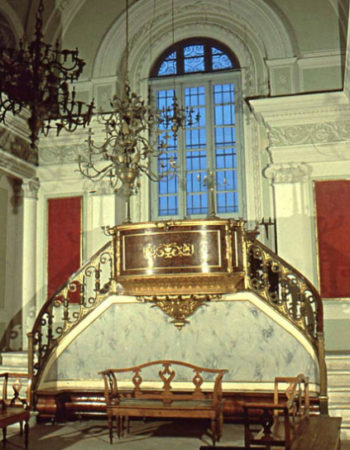 The synagogue in Via Stretta was built after the ghetto was instituted (1633) to replace the ancient synagogue previously used, which was outside the area of reclusion. The building is the result of the amalgamation of existing parts specially adapted for the new function. As always in the ghettos, no external element identifies the building, both for reasons of safety and of imposed regulation. There are three doors in the front wall: one on the right that leads down to the well and the oven for baking the unleavened Passover bread;  one in the centre, leading straight to the vestibule of the synagogue, and one on the left, leading up the large gallery reserved for the women, which runs at half-height along the left wall of the hall. The furnishings in the hall, which came from the ancient synagogue, include a precious Renaissance arondating back to the second half of the 15th Century, which is today on display at the Jewish Museum in New York. A brief description of the aron appears in a manuscript from 1704. The present-day appearance of the synagogue is the result of a major renovation project completed in 1857, which took place in the climate of emancipation that was gradually developing in that period. The aron was replaced with a circular columned shrine structure in neoclassic style, in keeping with the new surrounding decor. The new tevah was placed on the opposite wall, according to the customary bifocal layout. It is said that the archbishop himself, with whom the president of the Community had a relationship of mutual esteem, suggested which manufacturers to use for the decoration of the synagogue. This would explain, in fact, the similarities of style between some of the ornamental motifs in the cathedral and stuccoes of the apse and the trabeation that connects with the vault of the synagogue.