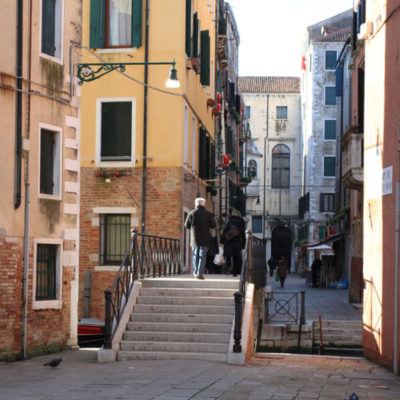 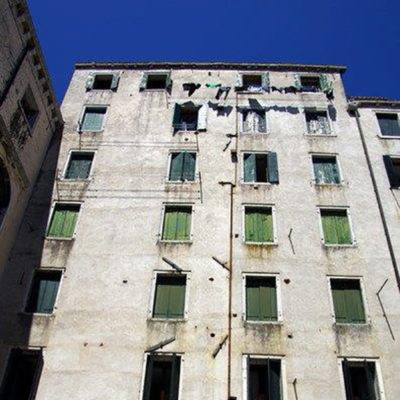 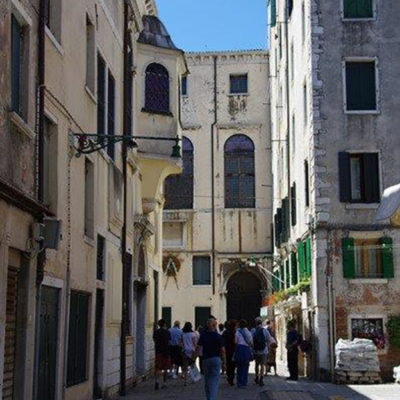 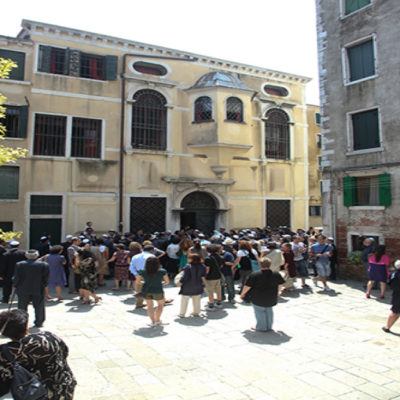 The area of the old copper foundry (hence the name Ghetto Vecchio) was granted to the Levantine Jews in 1541. It is linked to the Ghetto Novo by the Agnudi bridge, and closed off on the side of the river Cannaregio by a gate.

The main street (Strada Maestra, now called Calle del Ghetto Vecchio) was for the most part made up of community facilities such as shops and places of study. Among these was the Leon da Modena midrash at number 1222, named after the leading cultural exponent of the Venice ghetto, who lived from 1571 to 1648.

Approximately halfway along the street, on the “campiello delle scuole”, stand the two Sephardic synagogues: the Scola Spagnola and the Scola Levantina, which, unlike the synagogues in the Ghetto Novo, also present fine elements on their exteriors, such as the seventeenth-century facade of the Levantina, which recalls the work of Baldassarre Longhena.

Visits: this area is covered in the guided tour of three of the five synagogues, run by the Jewish Museum of Venice.