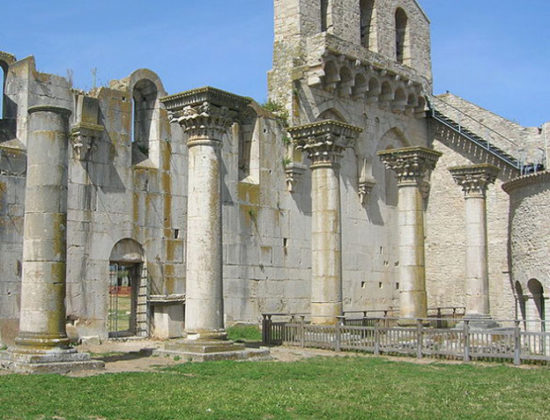 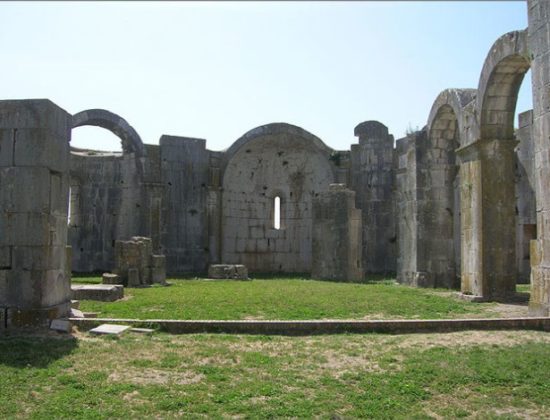 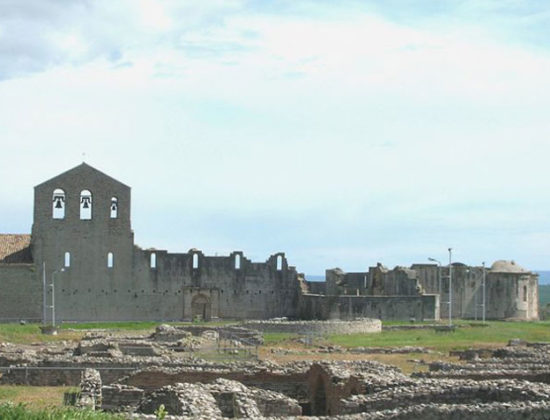 “Incompiuta” – complex of the Santissima Trinità

This Benedictine abbey was built upon what was originally an early Christian basilica, which has been dated between the second half of the 4th and the first half of the 5th century. It in turn stood on the site of a previous pagan temple. The complex comprises two main buildings: the ancient church with guest quarters, in the early Christian building which was transformed and expanded mainly in the Lombard and Norman periods (10th-11th centuries); and the new church (11th – 12th century), which was never finished, hence its name “Incompiuta” (“Uncompleted”). Built on an axis with the ancient church, the Incompiuta represents a monumental project to expand the monastery; however, all that was actually built were the perimeter walls and several columns in the right-hand nave.

The Incompiuta is a valuable documentary source regarding the Jewish presence in this region. Indeed, it was built – as often was the case – by repurposing construction material from previous eras. This included numerous Jewish epigraph slabs dating from the 9th century, probably taken from the burial area which has been found towards the nearby Roman amphitheatre. A study of the inscriptions has established that a Jewish community lived in Venosa until the 9th century, many centuries after the catacombs fell into disuse. After that date, perhaps coinciding with the Byzantine conquest, there is no further evidence, and it is likely that the Jewish group moved to one of the neighbouring towns.

Opening hours:
From 9am until one hour before sunset
Closed on Tuesday mornings, Christmas Day, New Year’s Day, May 1st