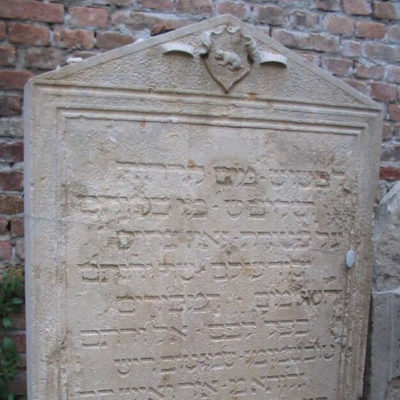 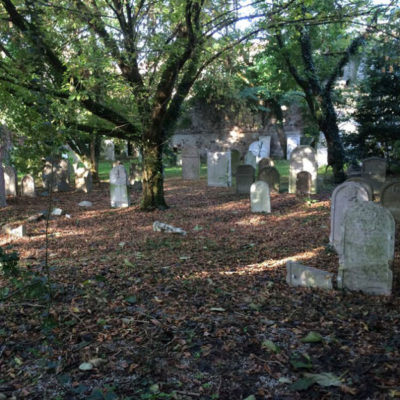 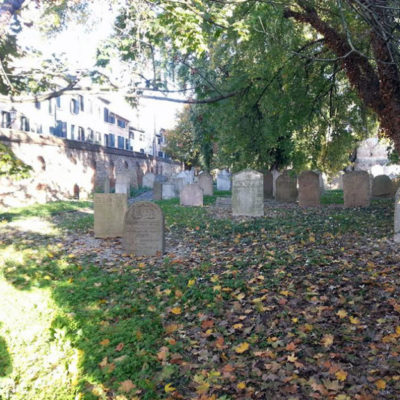 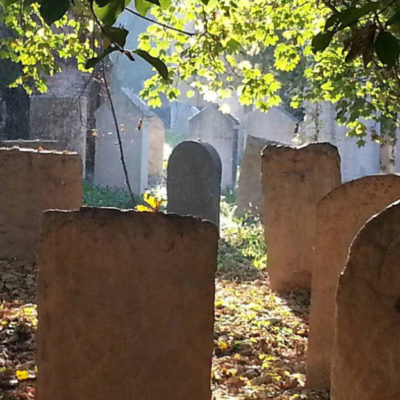 Jewish Cemetery in Via Wiel

There is documented evidence of at least seven burial grounds used by the Jewish community in Padua over the centuries. The cemetery in Via Wiel is thought to be the third, in chronological order: it was opened in 1527 after the previous burial ground at the Bastione della Gatta (near Via Codalunga) was destroyed – no traces of the latter remain today.

This cemetery, which was in use until the early 18th century, was originally smaller and only occupied the area opposite the current entrance. The old passage through the perimeter wall, now bricked-in, can still be made out on Via Campagnola. In 1653, Rabbi Salomone Marini had the burial ground expanded, so that it reached what is now called Via Wiel.

It contains sober, often gravestones, many of which have been corroded over time. One of the oldest of them is the tomb of Rabbi Meir Katzenellenbogen (Prague 1482 – Padua 1565). Also known by the name MaHaRam, he occupied the rabbinical seat of Padua but also played a leading role for all of the region’s Jewish communities. His tomb stands alongside that of his son Samuel, who worked mainly in Venice. Both tombstones are engraved with the image of a cat, the family’s emblem.

Other Jewish cemeteries, which cannot at present be visited, are situated in the same area; that is undoubtedly the reason why part of what is now Via Campagnola used once to be known as Contrada di Borgo Zodio.

Via Isidoro Wiel, 24 (corner of Via Domenico Campagnola)

Guided tours can be booked through the Museum of Jewish Padua

Jewish Cemetery in Via Wiel WATCH THE VIRTUAL TOUR