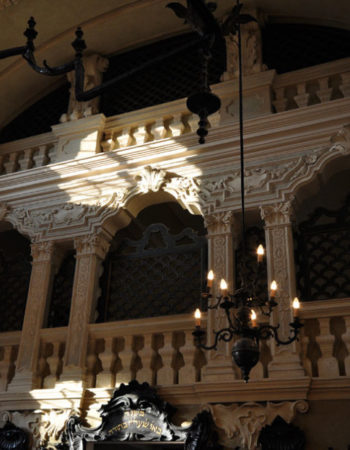 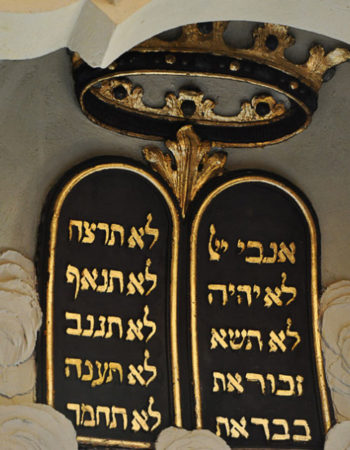 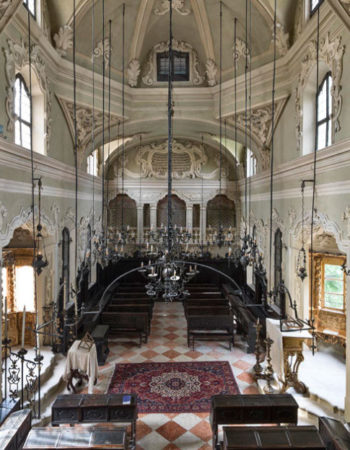 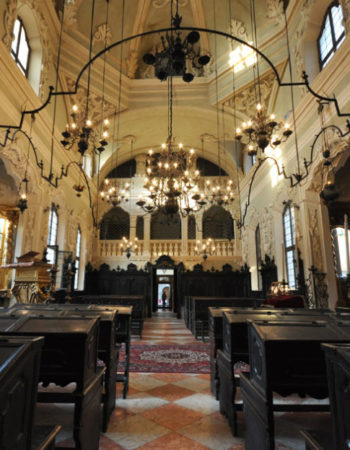 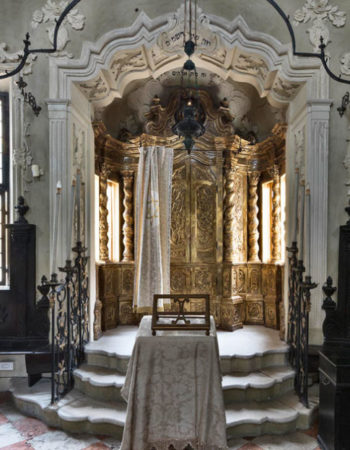 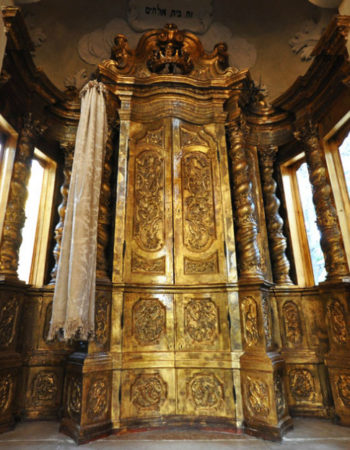 There were six synagogues in the Mantua ghetto between the 17th and 19th centuries: three Italian ritual synagogues (called Scuola Grande, Cases and Norsa-Torrazzo), and three German ritual ones (Scuola Beccheria, Ostiglia and Porto). None of them was saved when the area was completely razed and rebuilt, starting in the early 20th century. Many of the furnishings, of outstanding artistic merit, were donated to other Communities, particularly in Israel. Only the Norsa-Torrazzo synagogue, thus named after the old Mantuan-Jewish family who had it built, was faithfully reconstructed in what is now the Community’s headquarters at 13, Via Govi. It was erected on its original site in the 16th century, was ruined in 1630 and rebuilt in 1751. The 18th century configuration has been reproduced by relocating all of its furniture, doors, windows and original flooring to the new site, and replicating each and every stucco moulding by painstakingly making casts from the original interiors.

The hall has an elongated rectangular plan. At the centre of the longer sides, two bay-windows house the aron and the tevah, in carved gilded wood, which face each other on opposite walls according to the traditional bifocal layout.

Parallel rows of benches for the public face the central axis of the room. Above the entrance, a double gallery contains the matroneum and choir. A false gallery with the same decorative motif is reproduced symmetrically on the opposite wall.

The same complex is also home to the Community’s well-stocked historical archives, with documents dating from 1522 right up to the post-World War II period.

Guided tours of the area can be arranged upon request, provided by volunteers from the Jewish community of Mantua