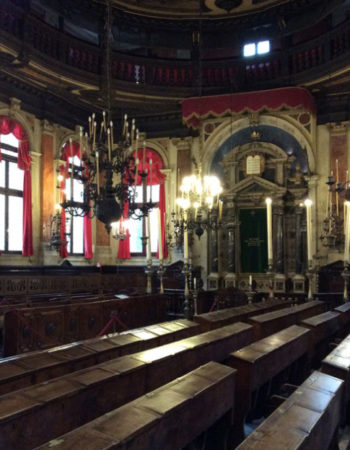 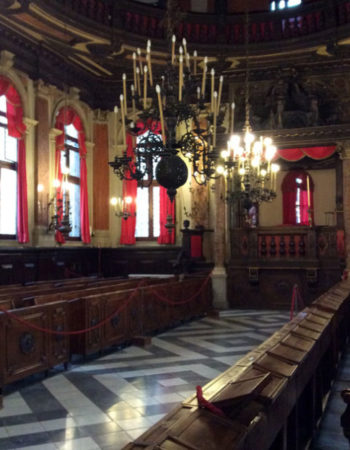 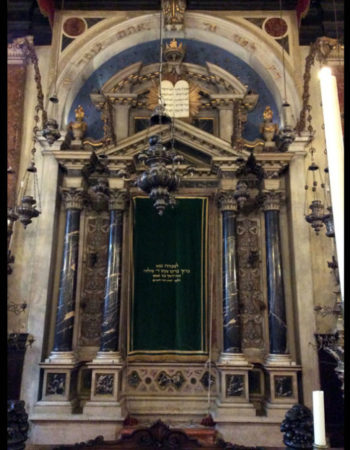 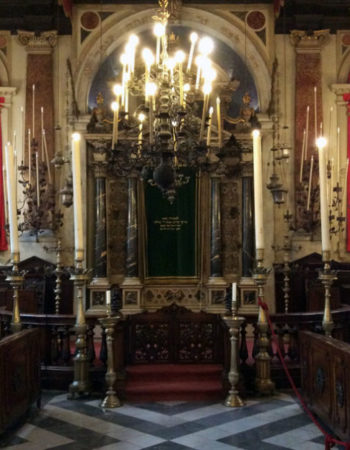 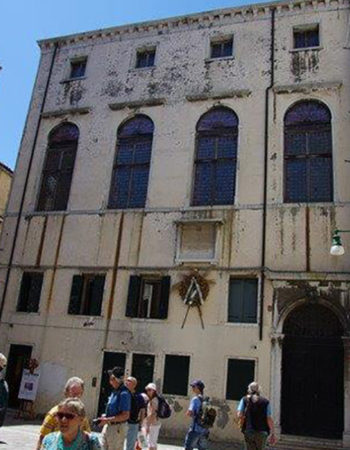 This is the largest of Venice’s synagogues, and is still used regularly, alternating with that of the Scola Levantina. It was founded in around the mid-16th century by Jewish exiles from the Iberian peninsula.

The seventeenth-century design is the result of the work of a commission which included a Jewish “architectural expert”, a certain Juda Camis, who was presumably associated with the workshops of the Venetian architects of the period, such as Antonio Gaspari, Giuseppe Sardi and Baldassarre Longhena. Externally, it bears an austere façade with four large arched windows on the first floor, and a row of square windows beneath the cornice, corresponding to the level of the women’s gallery.

A staircase built in 1894 leads from the ground floor atrium to the main sanctuary. The interior is very bright thanks to the large windows. Facing each other on the shorter sides are the aron and the bimah, while the pews are arranged along the longer sides. The aron, similar to that of the Scola Levantina, has dark marble columns and a double tympanum, and is framed by an arch with a sky blue background with golden stars. Works carried out in the late 19th century included the addition of the semi-circular balustrade in front of it; at the same time, an organ was installed in the canopied structure of the bimah and the officiant’s position was moved to the near the aron. In 1980, the original layout was restored.

On the ground floor of the building, a small room contains the antique furniture of the Scola Kohanim, one of the private synagogues which used to exist in Venice, which was originally in the Ghetto Novo area.

In the winter months, guided tours depart at regular intervals, run by the Jewish Museum of Venice.