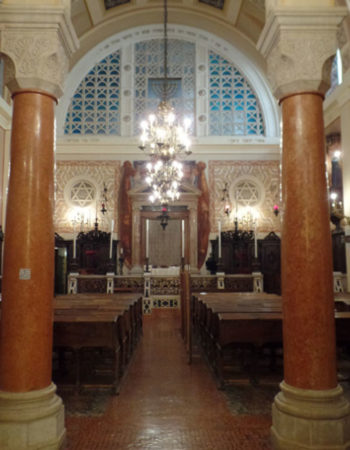 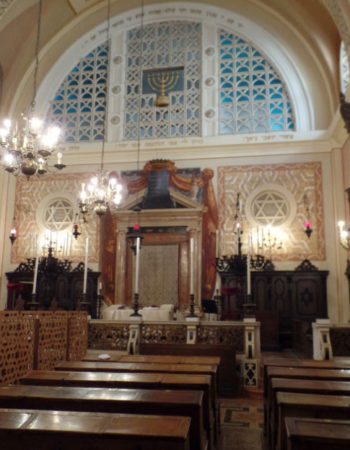 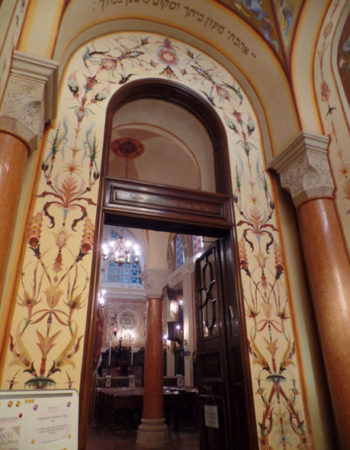 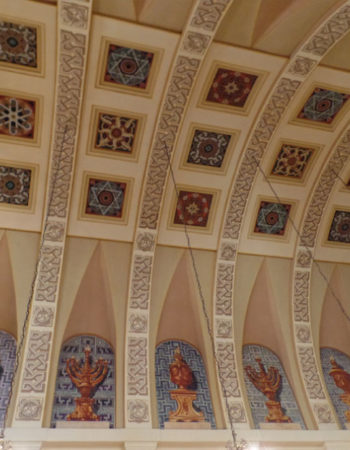 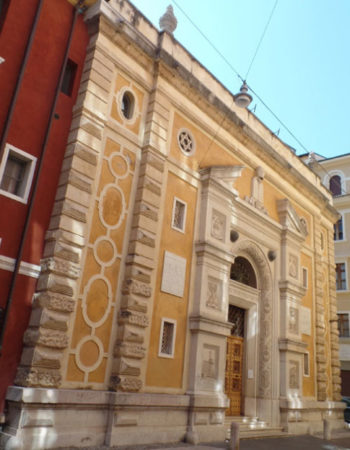 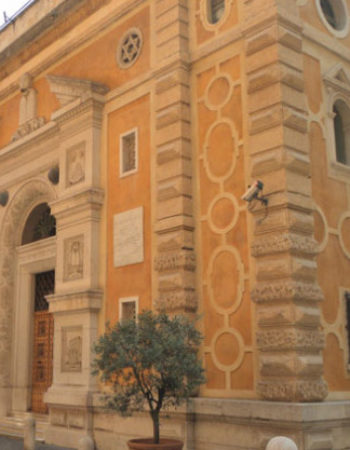 The construction of the Verona monumental synagogue,which began in 1864, took place during the period of Jewish social equalization which spread throughout Europe in the course of the century. The building stands on the site of an earlier oratory which had now become too small and structurally instable. The competition organized by the ‘Comunione Israelitica’ was won by the project of architect Franco and engineer Mantovanelli, who designed a grand building, set in the former ghetto area, with reception entrance on a main street (the present-day Via Sella).

Two years after works began the building had to be finished in simplified form due to lack of funds; the oratory that was erected was therefore considered as temporary.

In 1928 new works were needed following demolition operations that had begun a few years earlier as part of a health and hygiene redevelopment programme. The works were assigned to architect Fagiuoli, who opted for a design that was typical of the period and more in line with the modern character that the area was assuming. The demolition of the adjacent Pincherli house had made possible the addition of a new façade overlooking the present-day Via Rosani, which was to be the main entrance. From here a small vestibule finely painted with botanical motifs leads to the hall. The interior space shows the influence of Christian church architecture. On the back wall is a marble aron dated 1645, probably from the old Sephardic rite oratory. In front of this, within an enclosed area, stands the tevah, behind which is the seating for the public, arranged in parallel rows. The painted decoration on the walls and the large round vault are highly valued for their outstanding quality.

Via Portici 3 (on the corner with Via Rita Rosani)