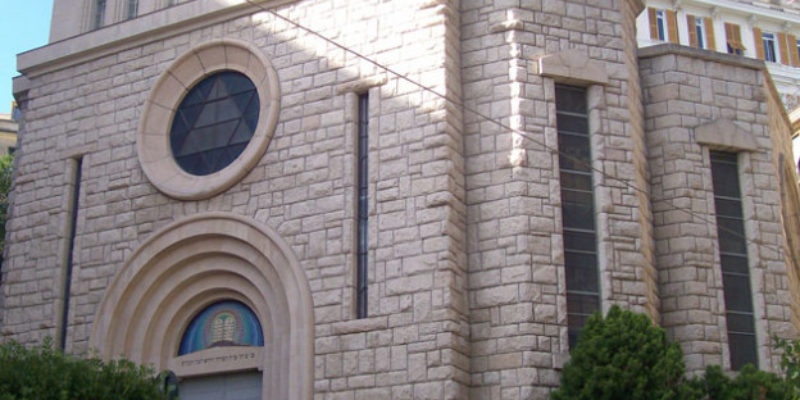 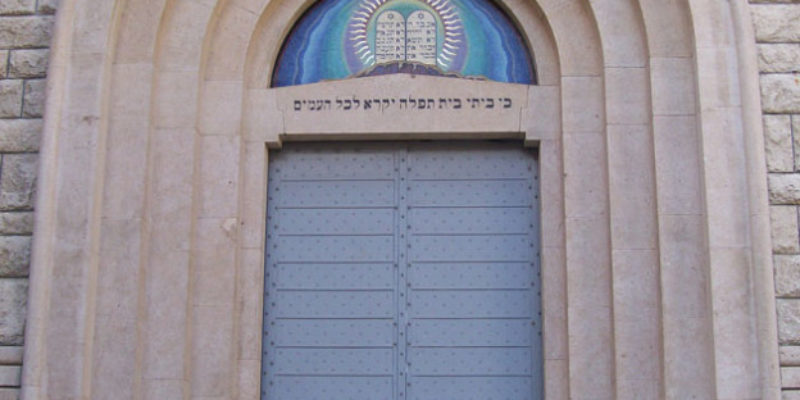 Inaugurated in 1935, the synagogue of Genoa replaces the ancient 18th-Century oratory that stood near the Walls of Malapaga. In the early 20th Century, due to the demographic development of the group a new synagogue was needed, and this time it was to have a monumental appearance suitable for a community that was now emancipated and well integrated in society. The project was assigned to architect Francesco Morandi, who designed an eclectic building characterised by Romanesque and Oriental influences, with structure in reinforced concrete and rusticated cladding in Finale stone.

At the centre of the complex is the hall of the synagogue, with two polygonal apses on the short walls. To the east, the imposing marble aron hakodesh is situated on a podium surrounded by a balustrade, which once also enclosed the tevah area. The hall took on its present-day central plan in 1997, when a new wooden tevah was built, inspired by the crow’s nest of a ship. The tiles decorating the tevah, by artist Emanuele Luzzati, represent the symbols of the twelve tribes of Israel; the same theme is echoed in the stained glass windows, which are also the work of Luzzati and were created in 1959. Two levels of women’s galleries run along three walls of the hall. On the base of the lower level are inscribed several verses from the Psalms and the Prophets; the letters marked with a dot spell out the name of councillor Tobias Cohen Pavia, who was one of the sponsors of the work.

On the top floor of the building, overlooking the synagogue, were rooms for offices and the school, which are today used for temporary exhibitions. In the basement rooms, meanwhile, a small oratory has been set up for the winter period, furnished with significant elements of the ancient synagogue of Malapaga. The building also houses the offices, a room for parties and social occasions, a classroom for educational activities dedicated to children and the mikveh. Outside, a stone plaque commemorates Rabbi Riccardo Pacifici who, during the racial persecution, refused to the very end to flee the country, choosing rather to stay and support his community, until he was arrested and deported in 1943.

Hall accessed by a few steps, no elevator.