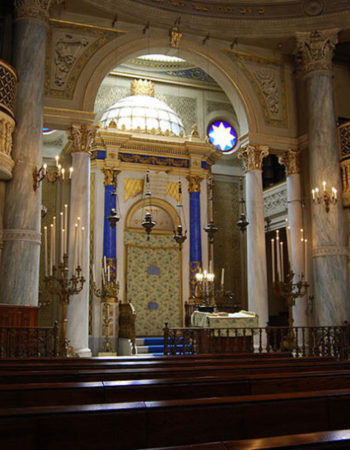 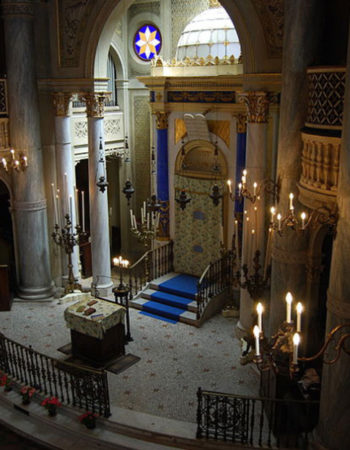 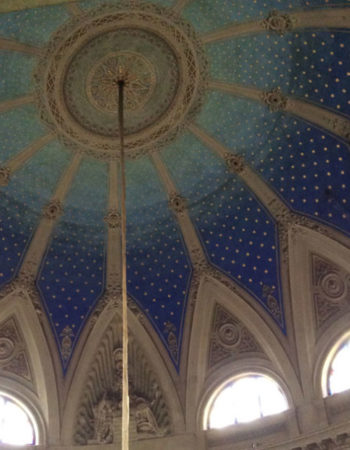 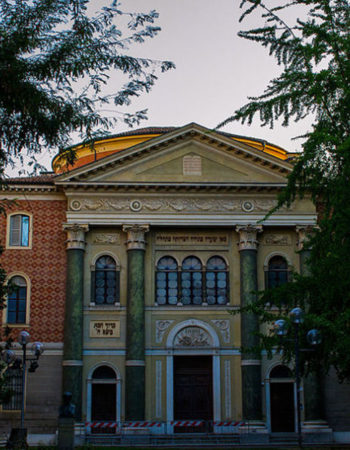 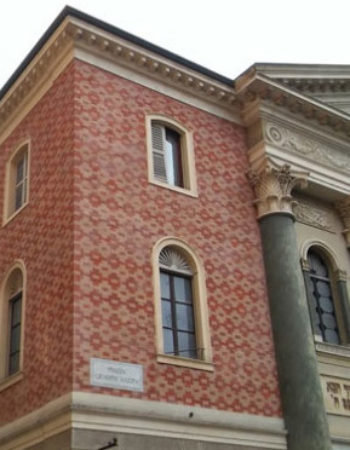 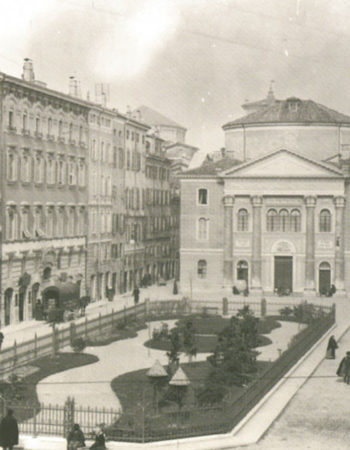 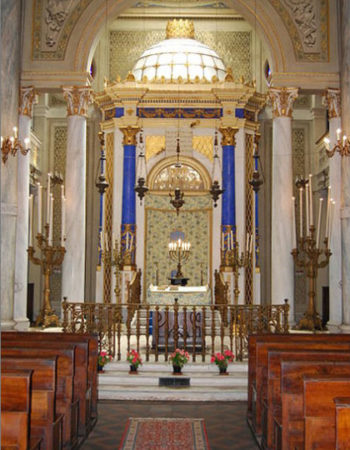 Once the restrictions of social and legal marginalization which had blighted previous eras had fallen away, the Modena Community also chose to celebrate its emancipation by building a new synagogue, in order to signal its presence within the city. To this end, various buildings of the former ghetto were demolished, between Via Coltellini and Via Blasia. The temple was completed in 1873, to plans drawn up by Ludovico Maglietta, an engineer who had designed other major works in the region. He devised a building with two monumental twin facades on the corners, with its main entrance on Via Coltellini. However, more than thirty years later, the demolition of the adjacent blocks gave greater visibility to the lateral façade, which now overlooked the newly built Piazza Mazzini (1903– 1906).

Inside, twelve columns are spaced along the central, elliptical plan nave, which contains two rows of seating for the public. Above them rises the stately elliptical cupola, frescoed with a starry sky, its groins decorated with trompe-l’œil plant motifs and Biblical figures.

As in many synagogues from the same period, the internal layout is influenced by assimilation into the Catholic model.  The tevah and aron are placed together in a single area, at the end of the hall, separated by an elegant balustrade. The aron, an eclectic, oriental-style structure, has a particularly striking position, framed by a Serlian screen and lit by a shaft of light shining down from a hidden skylight.

A pre-existing wing of the complex houses a small prayer room for use in the winter, which was originally German rite. It belonged to the prominent Donati family, and it is thought that both the aron and tevah originally came from the synagogue in Carpi.

Guided tours to be booked in advance
From Monday to Thursday, from 9.00 to 12.30
depending on availability of volunteer guides
Tel. +39 059223978
E-mail: comebraica.mo.re@gmail.com
https://comebraica-sinagoga-synagogue.business.site/

Ground floor, with a few steps at the entrance