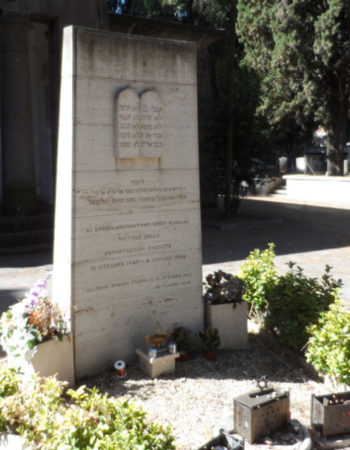 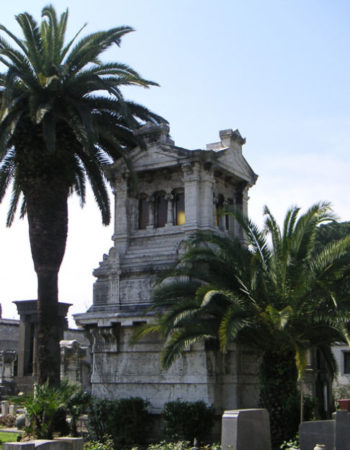 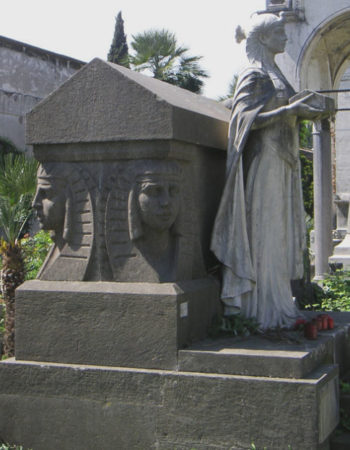 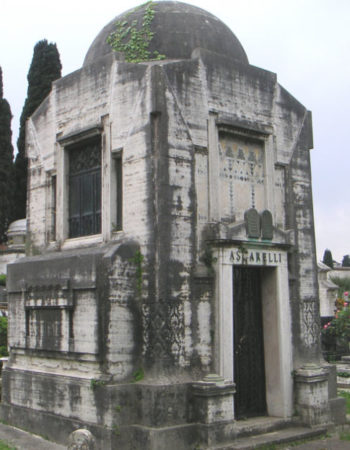 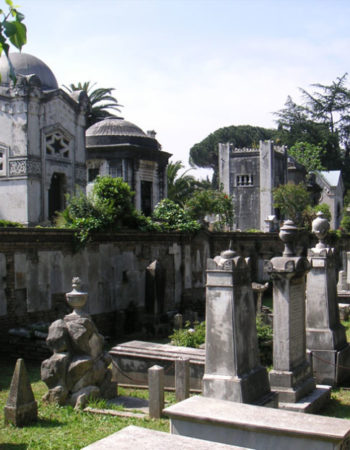 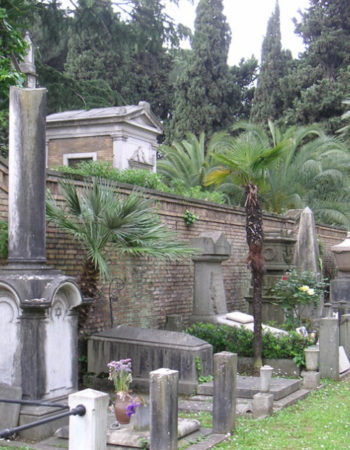 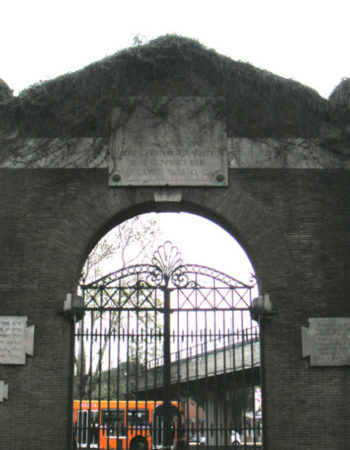 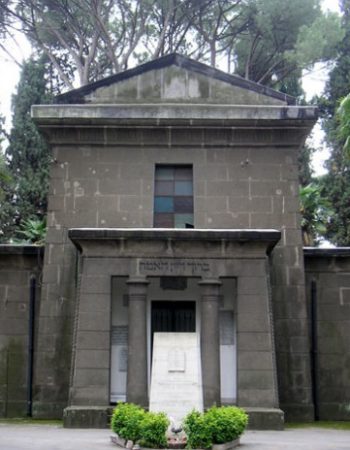 The Verano Cemetery was established during the Napoleonic rule (1808-1814), and has a Jewish sections since 1895. The entrance on Via Tiburtina joins the avenue that leads to the burial chapel (tempietto). On 16 October 1952, a stone monument commemorating Roman deportees by architect Angelo Di Castro was placed in front of it. On the back the Memorial to the Jews who died in Libya, by Eddy Levy and Massimiliano Beltrame, unveiled in 1977.

Numerous funerary monuments are noteworthy. They illustrate the changing social condition of the local Jews and are a key to the understanding of the prestige attained by various families. A world away from the more modest, austere graves of Jewish tradition, the Jewish cemetery is filled with decorations and figures, some of an allegorical nature, some depicting the deceased themselves. In line with the design of the time, there are eclectic tombstones with historic and oriental touches; sometimes one can make out references to the architecture of the new synagogues, such as in the Campos family chapel, designed by 1909 by Marcello Piacentini with clear references to the Tempio Maggiore.

Last admission one hour before closing.