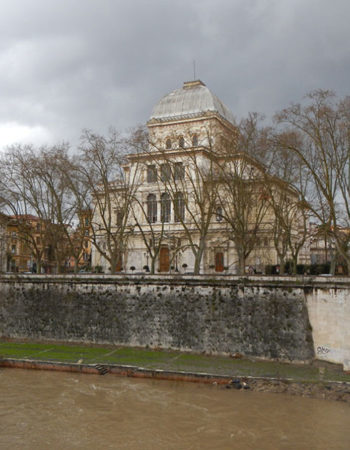 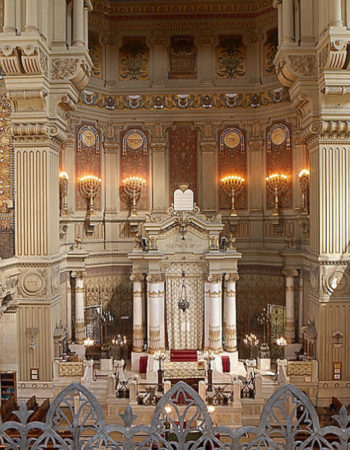 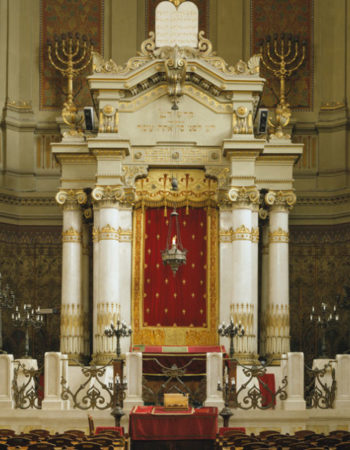 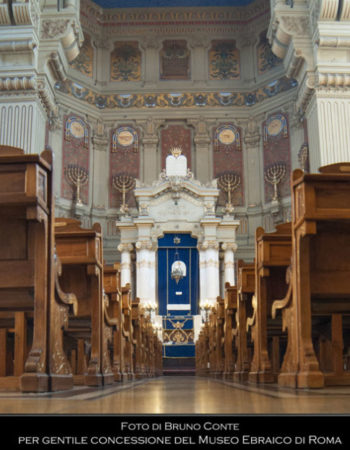 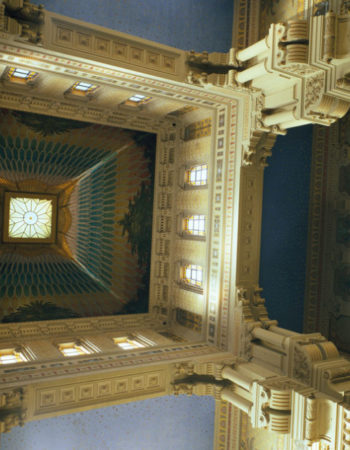 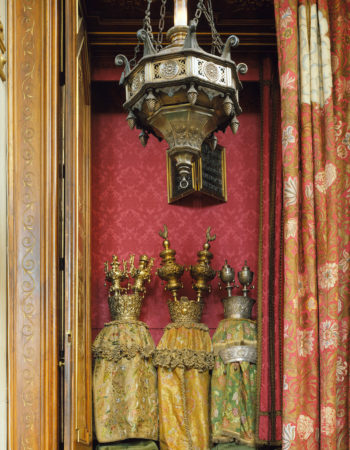 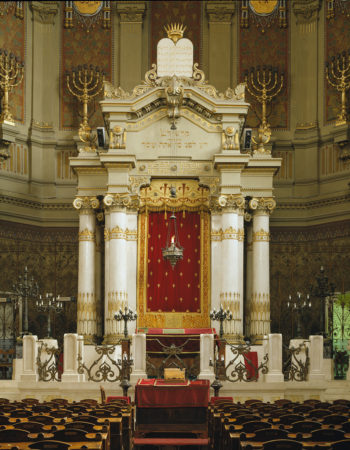 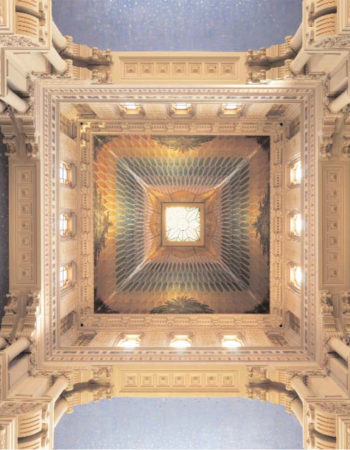 The imposing building of Tempio Maggiore (The Great Synagogue of Rome) stands on one of the four large blocks put up after the ghetto had been demolished.

Its monumental proportions symbolize the new-found freedom and citizenship rights granted to the Roman Jewish community that had been living in the city for twenty-two centuries.

The building was designed by Vincenzo Costa and Osvaldo Armanni, and inaugurated in 1904. Their choices in style led to an eclectic architecture, with Greek-inspired elements that were felt to be in keeping with the shape of the main local monuments, a style influenced by Assyrian-Babylonian motifs .

The building has a Greek cross plan with a segmented dome above, clearly visible in every panoramic view of the city.

Inside, long rows of pews face the polygonal apse at the end of the hall where a ceremonial raised space enclosed by a balustrade connects the tevah to the aron. The aron stands out against a splendid polychrome background with its imposing aedicule structure, with white Assyrian-style columns, friezes and gilded arabesques, and the high tympanum culminating with the Tables of the Law.

The women’s galleries overlook three sides of the hall, and are supported by rows of columns and framed by four large central pillars holding the dome up.

Fine marble furnishings from Cinque Scole (demolished in 1908) are at the top-end of the side aisle in the Temple. The pieces date from the 16th -17th centuries.