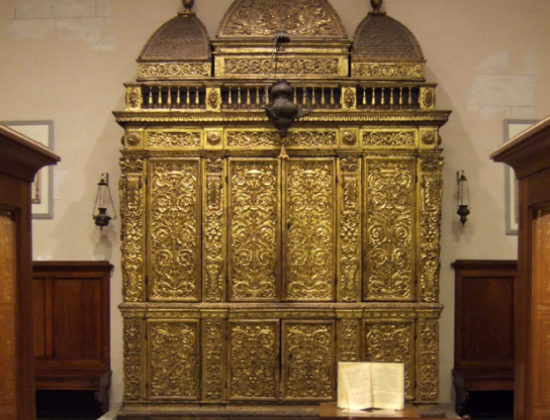 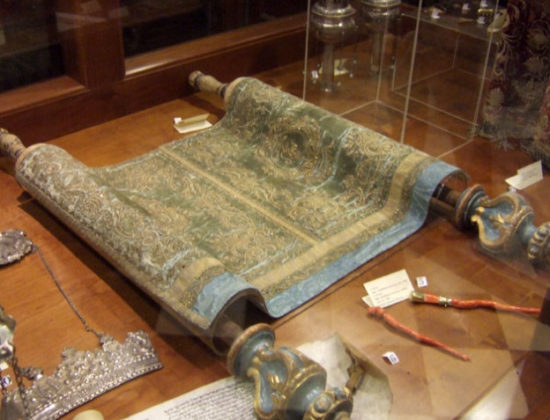 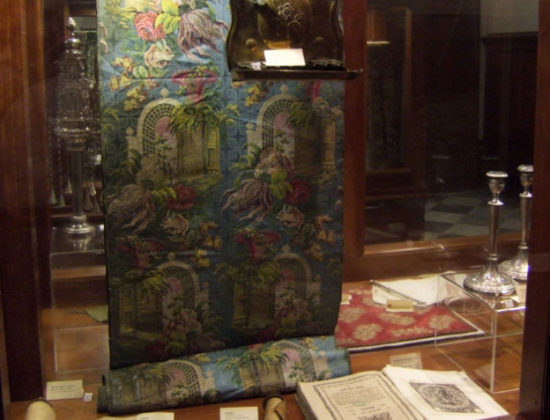 Exhibition in the hall of the Oratorio Marini, inside the 18th century suburban villa which belonged to the family of Livornese merchants of the same name. in 1867, the building was purchased by the Community, which made it the premises of its welfare confraternities. When the race laws came in, it was used as a school for pupils and teachers who had been expelled from public institutions; after the war, during which the large 18th century temple had been damaged, the Oratorio Marini acted as the city’s only synagogue, until the new temple was opened in 1962.

The exhibition hall still bears traces of its original use as a synagogue: along the perimeter the public benches remain, and on the eastern wall, as is the custom in synagogues, there is an aron hakodesh which originally came from a lateral section of the old, demolished synagogue. The fine furnishings in carved, gilded wood, were probably made by Northern Italian artisans; however, according to local tradition they are thought to come from the Iberian peninsula, having been brought over by the group of Jews who were expelled in the late 15th century.

The exhibition also contains a small but significant collection of ceremonial art. These are pieces of great artistic and historic value, representative of the diverse make-up of the Livorno community. There are silver crowns for the Torah Scrolls, dating from the 17th and 18th centuries; and finials made in North Africa. Among the textile pieces, a unique piece stands out: the “massari bag”, with elaborate, silver and gold relief embroidery. Two yad (pointers used to read the Torah) made from finely carved coral, date from the period when the local Jewish community in Livorno held the monopoly on crafting items from this material.