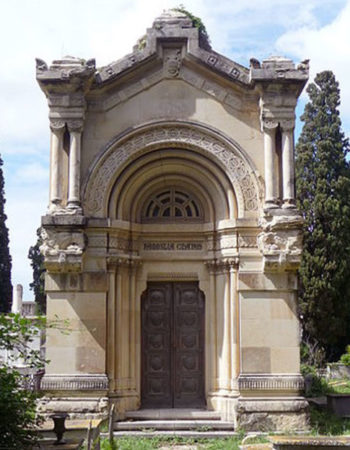 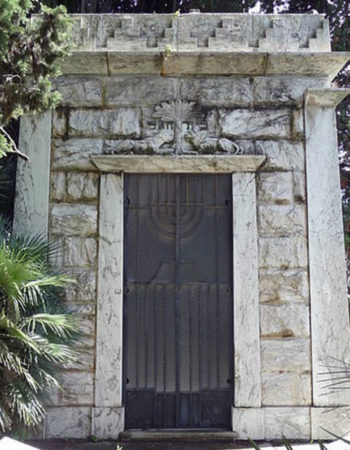 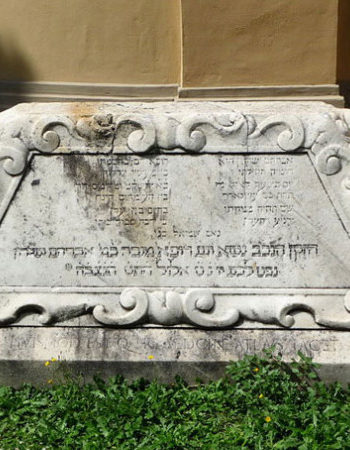 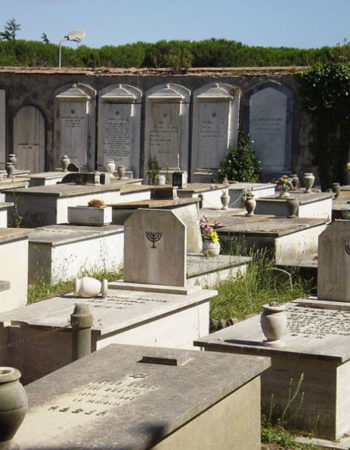 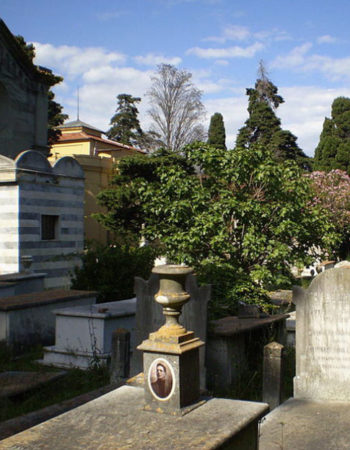 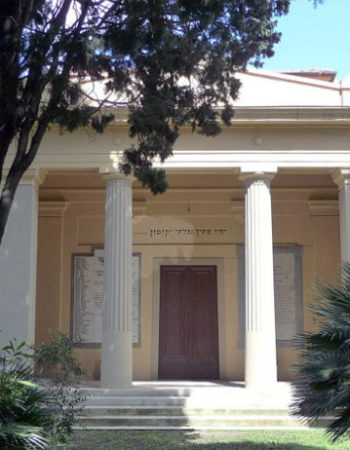 Operating since 1901 and still in use today, it replaced the 19th century monumental cemetery on Via Ippolito Nievo. It was built to a design by the architect Adriano Alberto Padova, on land adjacent to the municipal cemetery, in the area called Santo Stefano ai Lupi.

The entrance is heralded by a wide exedra on Via dei Cipressi. Directly opposite the central avenue sits the building used for preparing the bodies for burial, and for holding funeral services; two plaques affixed along the pronaos  commemorate the Jews who died during World War 1, and the 120 people deported from Livorno under Nazi persecution.

The tombs are aligned, and simple in design. However, among the older tombs there are various striking, solemn funeral monuments, all in memory of individuals or families who wanted to perpetuate their prestige. Among the most majestic examples is the mausoleum of the Chayes family, featuring eclectic architecture with Byzantine influences.

Decorative elements borrowed from non-Jewish cemetery symbolism (veiled urns, moths, broken columns, the ouroboros) are mixed in with more typically traditional motifs (such as the menorah or the star of David), while in the modern area only Jewish symbols can be seen.

The cemetery was used to relocate several tombstones dating from the 17th century, which were previously in the city’s two old cemeteries, which had been expropriated in 1939 and subsequently dismantled.

Closed on Saturdays, on Jewish holidays and the entire month of Nissan (contact the Jewish Community office to find out the exact dates of closure each year).