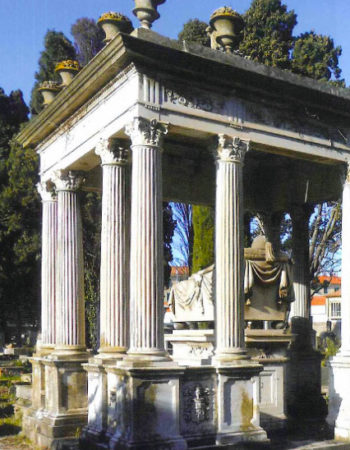 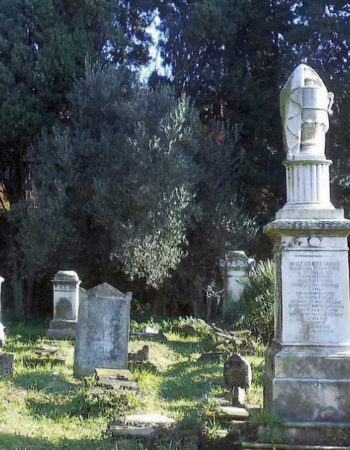 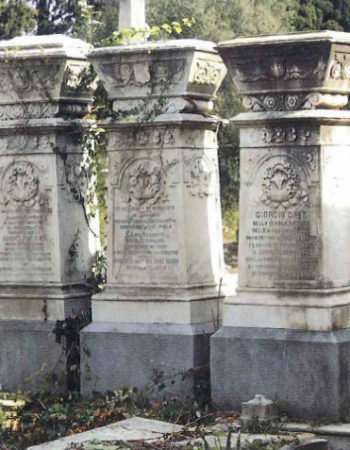 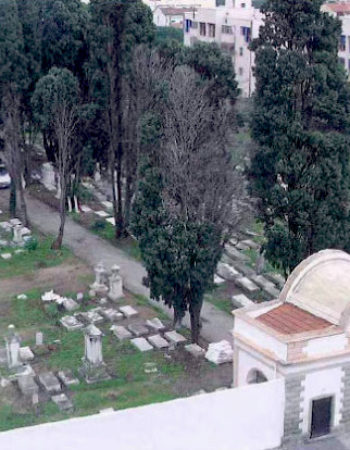 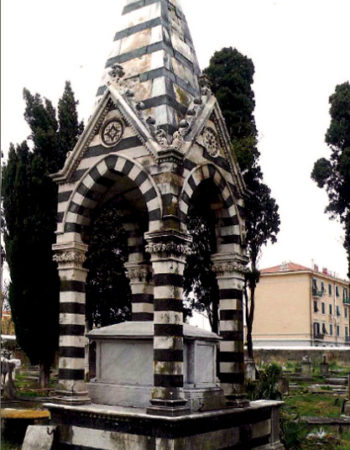 This cemetery was used between 1840 and 1900. It is the fourth burial ground used by the Jews of Livorno. Initially, it is thought that the group used the Mulinacci beach, near Viale Italia and Via della Bassata. In 1648 it was given a piece of land adjacent to the Fortress, in Via Pompilia, and later an area in Via del Corallo, between Garibaldi and Galilei streets. The latter, acquired in 1738, remained active until the 1830s, when its use was outlawed due to its excessive proximity to residential areas. One century later, in 1939, the old burial grounds were expropriated. After the war, many tombstones were transferred to the two cemeteries which still exist today.

The Monumental Jewih Cemetery occupies a trapezoid plot of land, divided by a tree-lined avenue that forms an axis between the entrance lodge and the funeral chapel. Among the dense mass of graves, various monumental tombs stand out; some are adorned with ornamental motifs, drawn from non-Jewish cemetery symbols used at the time. Distant from Jewish tradition, but very much of their time, they are emblematic of many families’ desire to display their prestige, while also honouring the memory of individual family members. This is the case of the monument to the Tunisian general Nissim Semama, who died in 1837; the Attias family chapel; or the aedicule of Giovacchino Chayes, designed by Marco Treves, the Jewish architect from Vercelli (whose name is associated with numerous other projects for the Jewish people, such as the synagogues of Florence, Vercelli and Pisa, and the Rifredi cemetery in Florence).

Among the 27 rabbis buried here – reflecting the fervour of Jewish studies in this city – is Elia Benamozegh, an exegete and kabbalist; a guiding figure of the Community, he was a prolific scholar, and was also involved in the life of the city and the state.