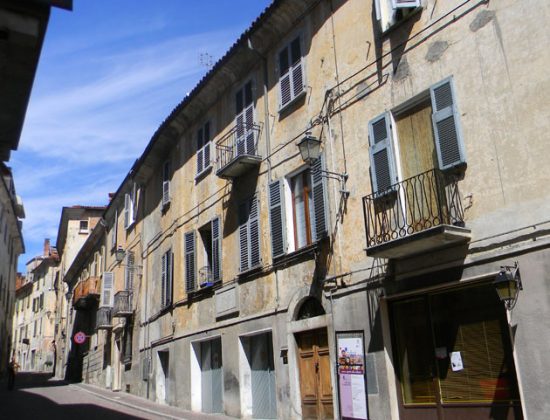 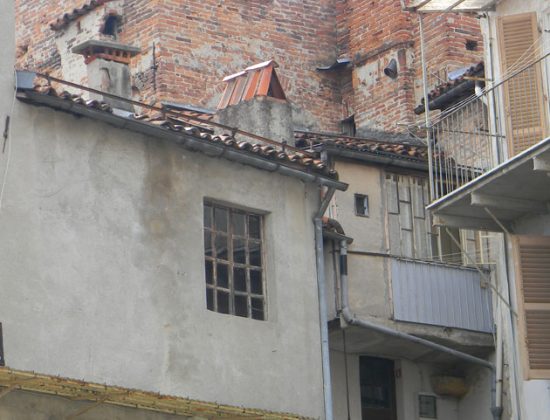 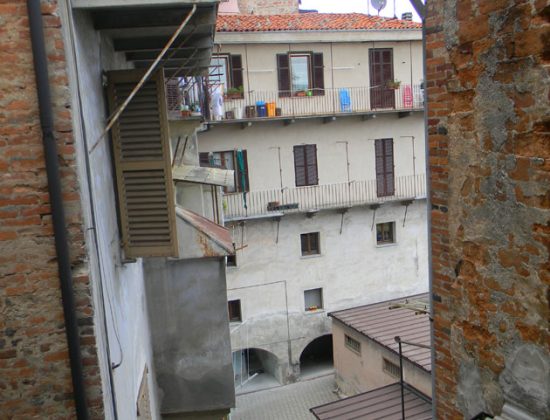 The earliest stable Jewish presence in Mondovì dates back to 1584, when Aaron Sacerdote was granted permission to open a pawnshop. A small Jewish community was formed and became an important reference point for families living in the surrounding countryside.

The ghetto was founded in 1723 on the hilly part of the city (Piazza) on the slopes of which the most popular neighbourhood (Breo) developed. In 1724 a building  in contrada Vico was chosen, a trading road located along the route of Catholic processions. The ghetto is characterised by a distinctive layout, directly overlooking a main road and in proximity to Christian houses; it is for this reason that the ghetto of Mondovì never really had gates in the true sense, rather it came to feature raised walls and closed off, pre-existing openings. Inside, different areas were connected by walkways and galleries, to avoid crossing outdoor spaces.

During the 18th and 19th centuries, civil authorities granted permission to extend the original residential area to match a rise in the community’s population, a total of 92 people at the turn of the century.

Despite the addition of recent volumes within courtyards, the ghetto’s original architectural fabric is still palpable today.

In 1848 under the Savoy dynasty the age of the ghettos drew to a close. From the brief period of emancipation under the Napoleonic government, Jews began to purchase some of their own homes in the ghetto or surrounding area; today, the small baroque synagogue belongs to Turin’s Jewish community, nestled on the last floor of a building in via Vico 65.