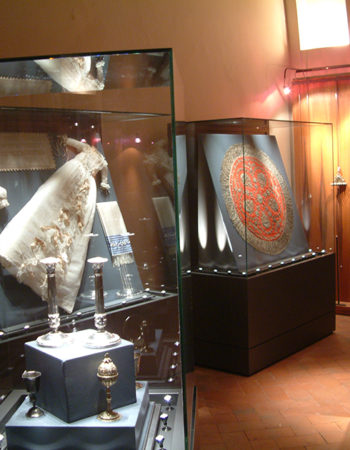 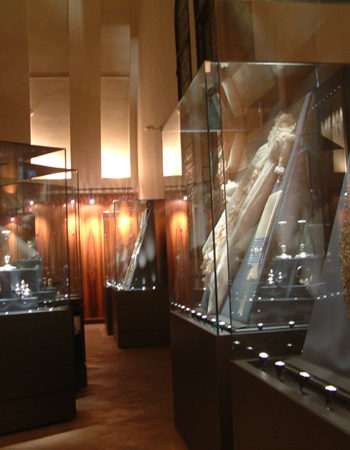 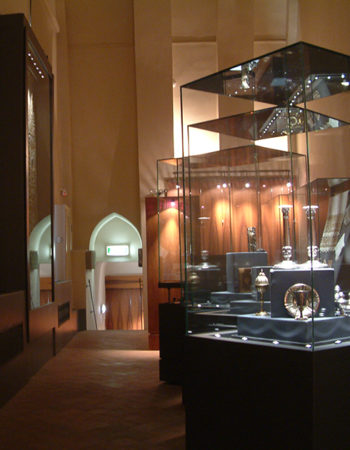 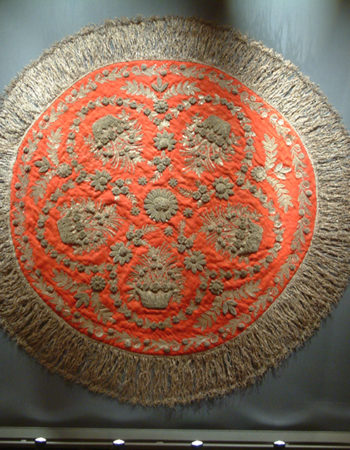 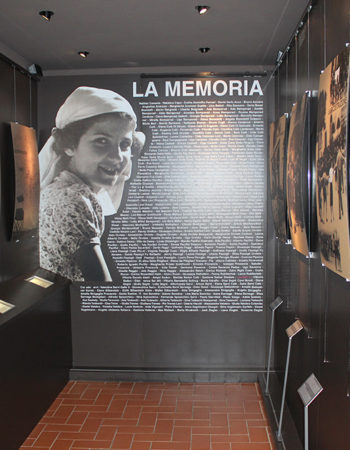 Situated within the Jewish Temple, in two rooms on the first and second floor respectively.

JEWISH MUSEUM, FIRST FLOOR
The Jewish Museum on the first floor was opened in 1981 upon the initiative of the “Friends of the Jewish Museum of Florence”: the exhibit offers a historic overview of the Jewish community in Florence, and its relationship with the city. A photographic collection documents the main places of Jewish worship in Florence, with reproductions of the plan of Buonsignori and of the Old Ghetto to name but a few. There is also a collection of furnishings and religious objects which were used during synagogue ceremonies, along with textiles and pieces of jewellery which date from the late 16th to the early 18th century.
Access to the synagogue and first floor of the museum is available by means of a standards-compliant lift.

JEWISH MUSEUM, SECOND FLOOR
The second-floor Museum was opened in 2007 as an expansion of that on the first floor. It has displays of objects and furnishings related to the most significant events in the Jewish life cycle, family rituals and religious festivities. One room is dedicated to the memory of the Holocaust, and equipped for film projections. The public can access a computer area which is linked up with the main Jewish museums and centres around the world. Guides are on hand to accompany visitors around the complex, offering them their knowledge to help them to understand the various facets of Jewish cultural heritage. A visit to the museum is rounded off by the museum bookshop and by a large garden where visitors can spend time outdoors.
The second floor of the museum has limited wheelchair access: upon exiting the lift, there is a slightly sloped platform, and two flights of steps (5 and 8 steps respectively) which can be used with a chairlift (which must be operated by a companion).