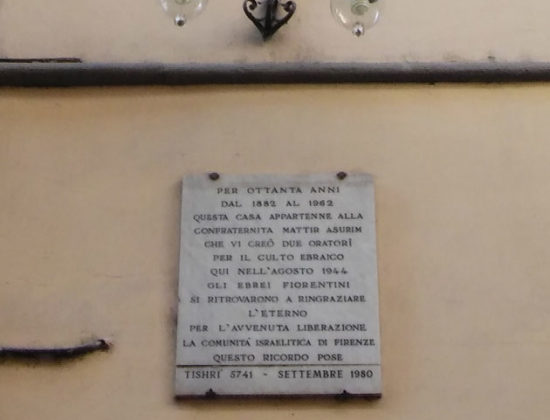 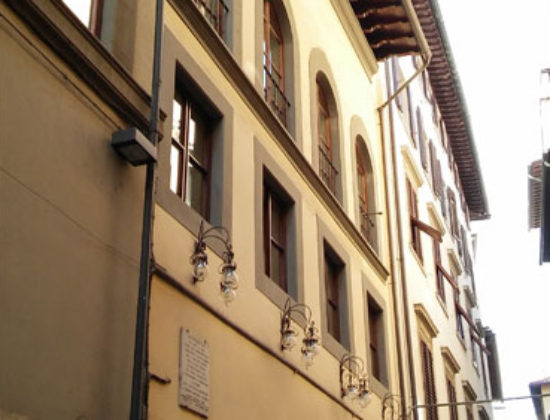 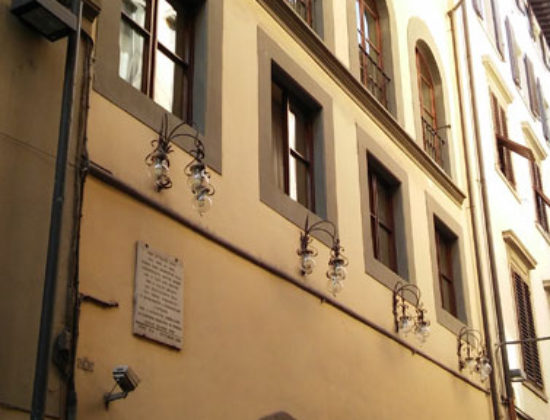 Oratories of Via delle Oche

After the ghetto had been abandoned, and construction had begun on the monumental temple in the distant Mattonaia neighbourhood, part of the Jewish Community decided to nevertheless continue living in the centre of Florence. Thus in 1882 two oratories were opened in a building owned by the community at 5, Via delle Oche. One of them belonged to the confraternity Mattir Asurim (literally “the imprisoned set free”), which had existed since the time of the ghetto, with the mission of freeing Jews who had been imprisoned for their debts. The oratories of Via delle Oche existed until 1962, when the building was sold and the furnishings were transferred to Israel. Set into the flooring of one side oratory in the Tempio Maggiore there is still today a decorative star-shaped motif which belonged to the Mattir Asurim oratory and, before that, to an oratory in the old ghetto.