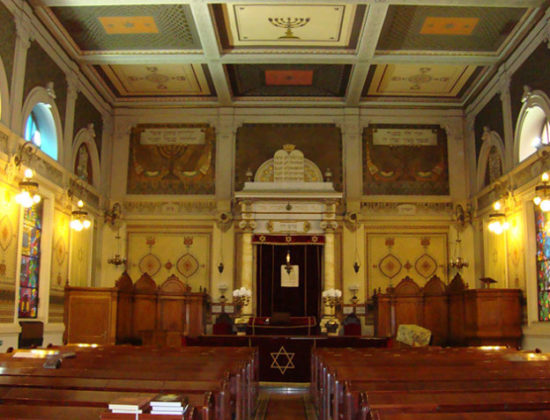 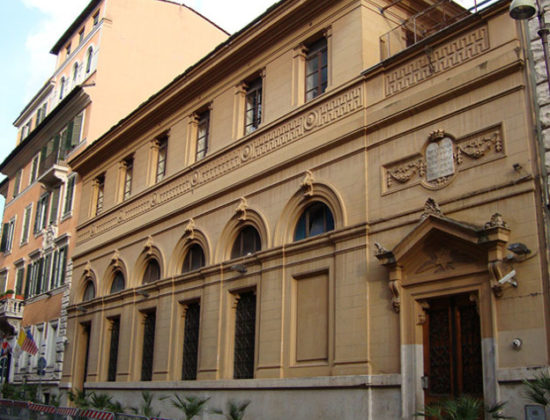 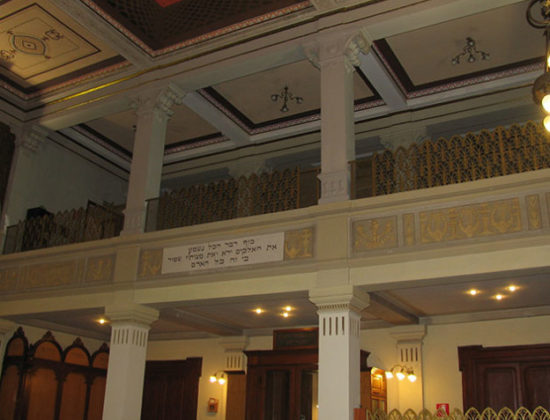 A new synagogue was built in 1914, few years after the large Tempio Maggiore was opened. The aim was to cater for a Jewish population that by then lived throughout the city, having left the ghetto area after Emancipation, or having come from other Italian cities at the time.

The hall bears some of the synagogue features from the Emancipation especially as to the lay-out and various decorative elements.

The tevah and aron are brought together in a single space, enclosed by a balustrade. They are at the end of the hall, in line with the entrance and facing pews in two parallel rows along the centre. The women’s gallery is above the entrance.

The Oratorio Di Castro also has furnishings which previously belonged to the Cinque Scole: the candelabra on the tevah, the ner tamid and the lamps hanging in front of the aron are all from Scola Castigliana. The stained glass windows are modern and were made by Aldo Di Castro in 1991.

Since 1972 the basement rooms have housed an Ashkenazi rite synagogue, designed by architect Angelo Di Castro. The candelabra and the gilded wooden doors of the aron are also from Scola Castigliana.