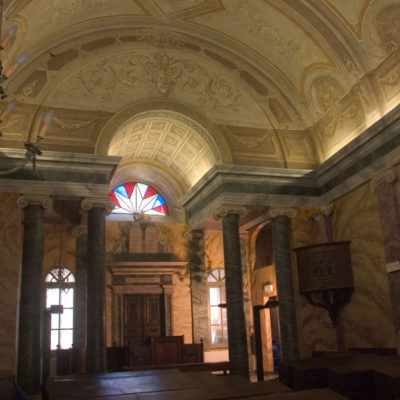 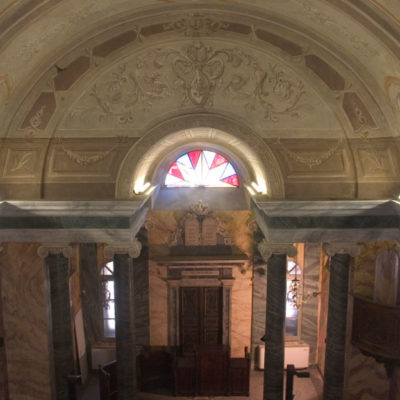 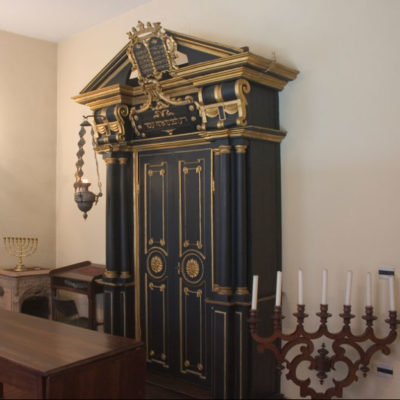 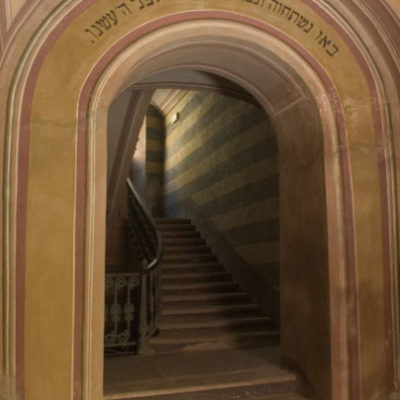 There was a German rite oratory in Ivrea until the first half of the 19th century, which coeval documentation referred to as “too small and lacking in decorousness”. As part of a profound community reorganisation undertaken in 1822, the Chief Rabbi of Piedmont, Sabato Graziadio Treves pushed for the construction of a new synagogue. The community set to work on the project during the years of the Emancipation and this climate of fervent enthusiasm resulted in the creation of a temple which was far too big for the requirements of the local group: it was officially opened in 1875 but was almost never used. During the same estate a small winter oratory was also set up, where the community still meets today, albeit on rare occasions.

Both synagogues are located in a building of the old ghetto; they are devoid of any external monumental characteristics which allude to their presence.

The arrangement of the large temple’s hall is typical of Emancipation period synagogues, inspired by the model of Catholic churches: two sectors of benches in parallel rows facing the tevah and aron, both located in the same area, opposite the entrance zone. The hall perimeter features exquisite marble-effect painting and is lined with columns and lesenes with Ionian capitals and entablatures supporting an ample frescoed barrel vault.