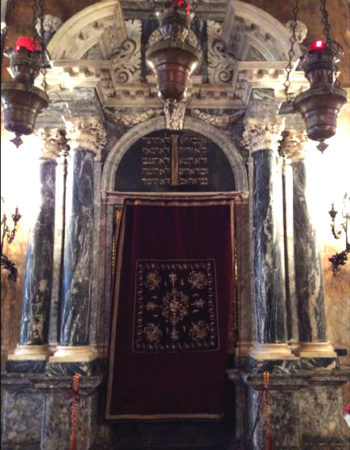 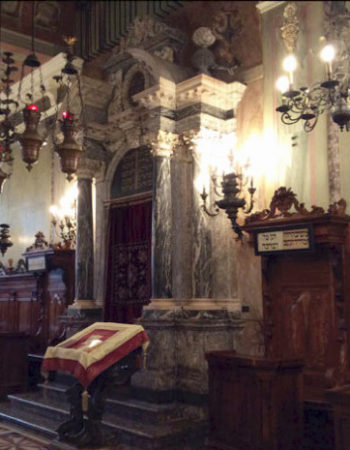 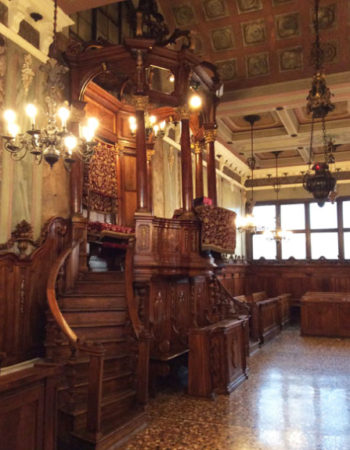 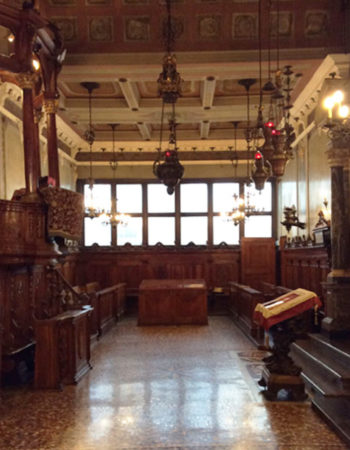 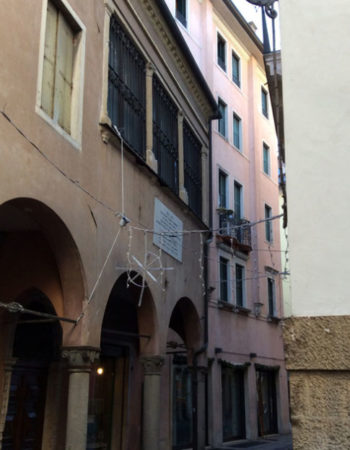 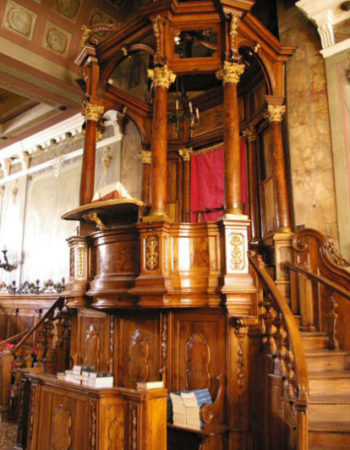 Of the city’s three synagogues, only one is still in use today. It was founded in 1548, perhaps to replace the previous Italian-rite synagogue located in Piazza delle Legne.

Having been transferred to its current site as late as 1603, its interiors were completed during the 17th century and it was further renovated in the 19th century. It remained active until 1892, when the entire community decided to follow the Italian rite as standard, keeping only the Scuola Grande on Via delle Piazze in use. However, the Italian Synagogue was later restored after the Second World War, when the Scuola Grande was destroyed by fire and rendered inaccessible.

The hall is situated on the upper floor of a building which bears no external features to indicate its function. It has an oblong rectangular layout, organised according to the traditional bi-focal arrangement, with the aron and tevah placed centrally on opposite walls, in this case along the longest sides. The seventeenth-century aron hakodesh has  features in common with altars in various churches in Veneto from the same period. It is enclosed by carved, gilded wooden doors and is framed by an aedicule structure with veined grey marble columns and a semi-circular divided tympanum. On the opposite side, it is faced by an elaborate canopied tevah. In keeping with a local tradition, it was made entirely out of timber from a plane tree in the Botanical Gardens which had been struck by lightning in the 16th century. It has a raised base, accessed by two curved staircases on either side.

Along the perimeter of the room is late seventeenth-century wooden panelling with seating for the public. The upper section of the woodwork, with marmorino inlaid panels, dates from work carried out in 1831, when it replaced gilded leather panels.

Guided tours can be booked through the Museum of Jewish Padua