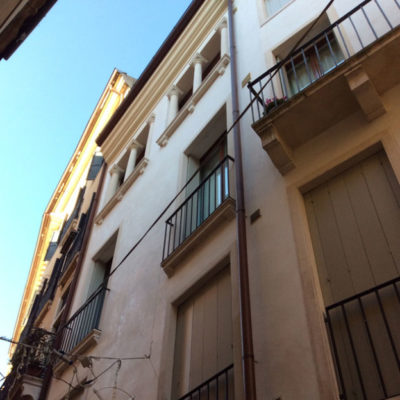 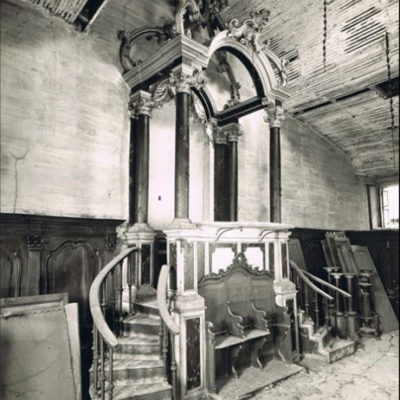 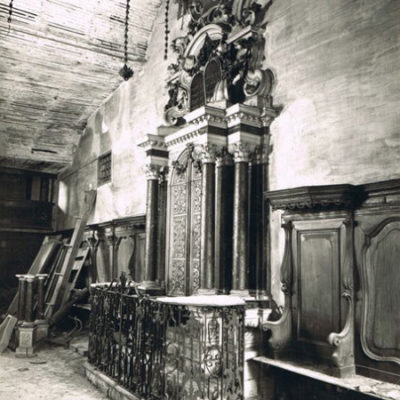 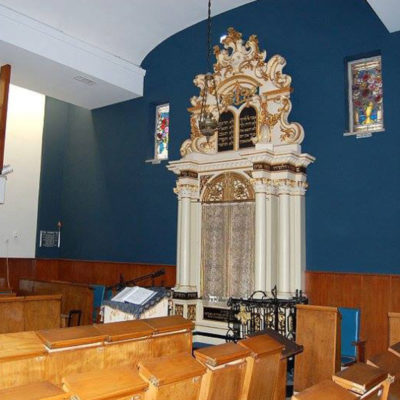 Looking up to the top of the building at number 8, Via S. Martino e Solferino, one notices two windows with colonnettes supporting an architrave. Now a private home, the top floor of the building used to house the Spanish-rite synagogue, which the Marini family had built, beginning in 1617.

In 1629, just a few years after its inauguration, the hall was seriously damaged by fire. It was later rebuilt and refurnished, and obtained its final layout in 1770.  Like the Italian synagogue, it was an elongated rectangular space. Its tevah and aron were made in around 1729, and are placed at the centre of the longer sides. Here, too, there was a raised tevah with steps to either side and a baldachin with volutes.

The synagogue was active until 1892, after which only the Scuola Grande remained in use following the unification of religious rituals After the war its furnishings were transferred to Jerusalem, and in 1958 they were relocated to the Hekhal Shlomo complex. In the current arrangement, in addition to different coloured paintwork, the tevah has been placed in the centre of the room, thus losing its original position against the wall for which it had been specifically designed.