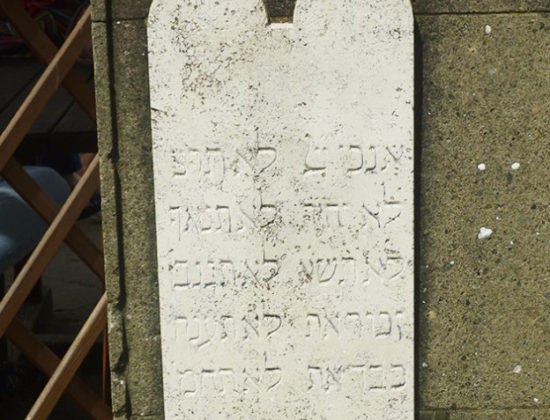 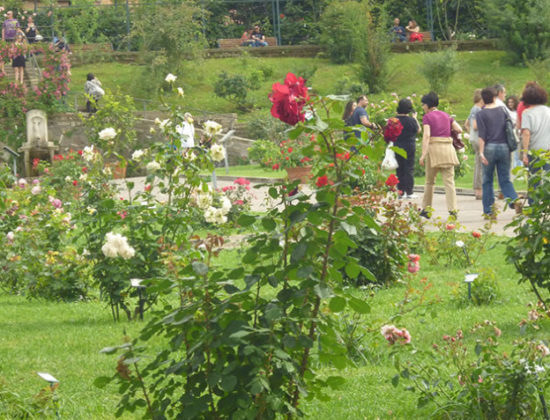 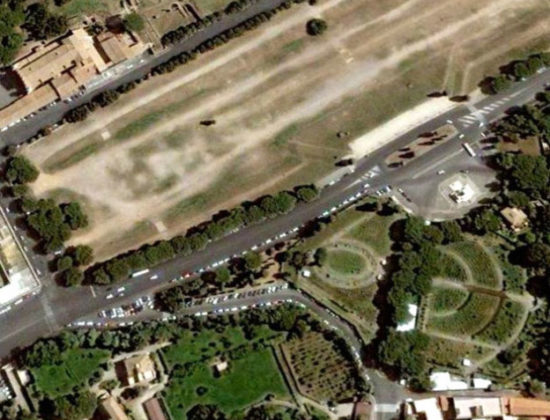 The Municipal Rose Garden at the foot of the Aventine was once the Jewish cemetery, prior to its transfer to the Campo Verano.

The previous cemetery at Porta Portese had been abandoned, having been fenced off and reduced in 1587 and eventually seized. A new site at the foot of the Aventine Hill was purchased, expanded several times, and remained operational from 1645 to 1895.

However, in 1934 the Jewish Community was forced to sell the now unused burial ground because of the plan to free the Circus Maximus and open up Via di Valle Murcia. Three hundred and seventy-two tombs and several monuments from the more recent section were transferred to the Campo Verano.

In memory of this place’s previous identity, the pathways of the Rose Garden were laid out in the shape of a menorah, the concentric seven-branched candlestick described in the Bible as being among the ritual ornaments Temple of Jerusalem. The Community also decided to honour the memory of the former Jewish cemetery by placing a stone with the Tables of the Law near the entrance.